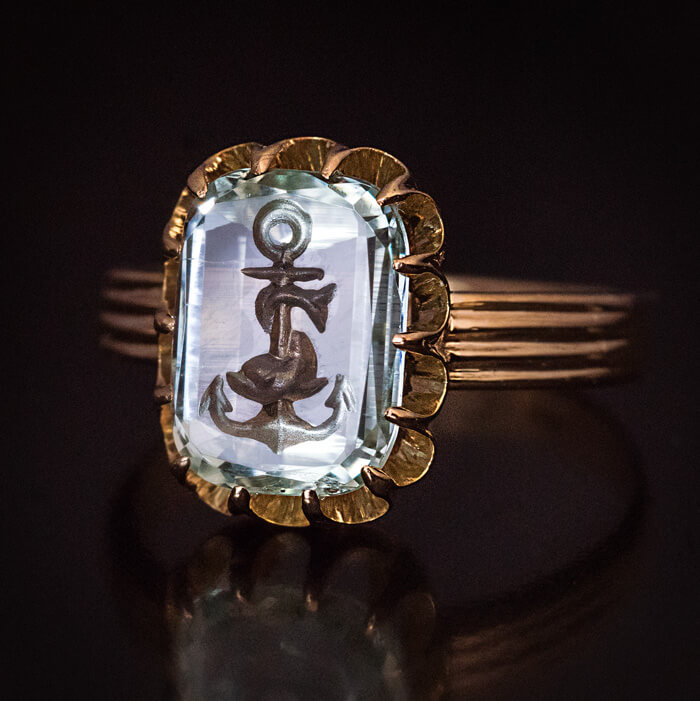 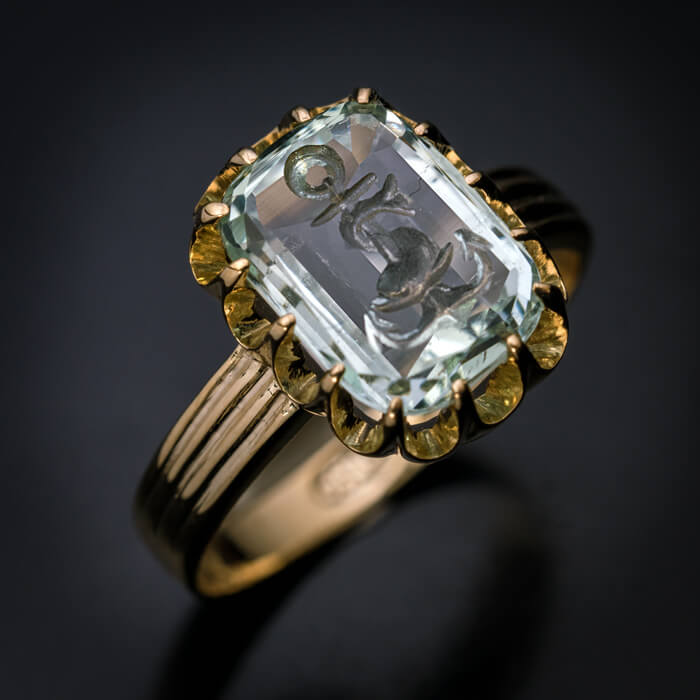 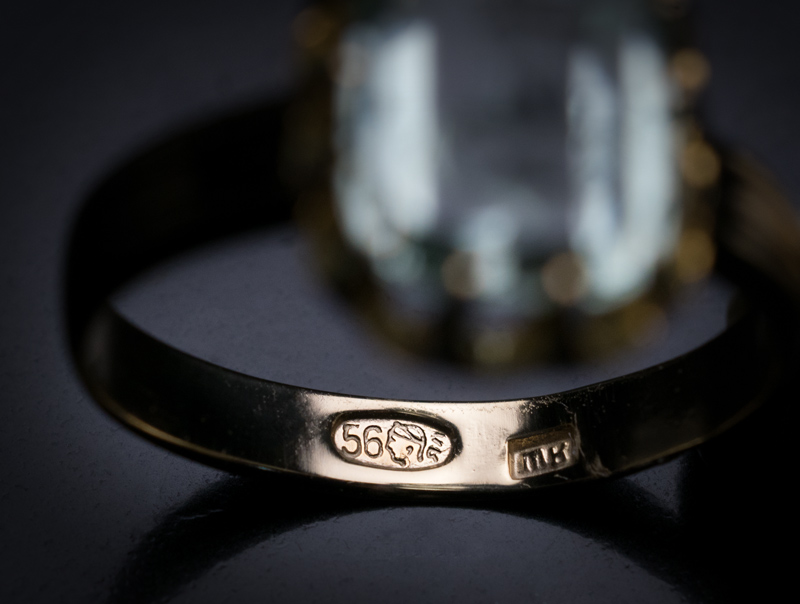 This antique 14K gold ring is set with a cushion cut aquamarine intaglio finely engraved with a highly meaningful design of a dolphin curled around an anchor.  The dolphin and anchor symbol is called Festina Lente (in Latin), which translates to “make haste slowly“.

Originally, an ancient Greek design, it was especially popular in the Roman times. Two Roman emperors, Augustus and Titus, adopted the design as their motto. This symbol revived during the Renaissance.

Despite the current conditions caused by COVID-19, we ship orders via FedEx priority overnight within 1-2 business days. Stay safe!
+