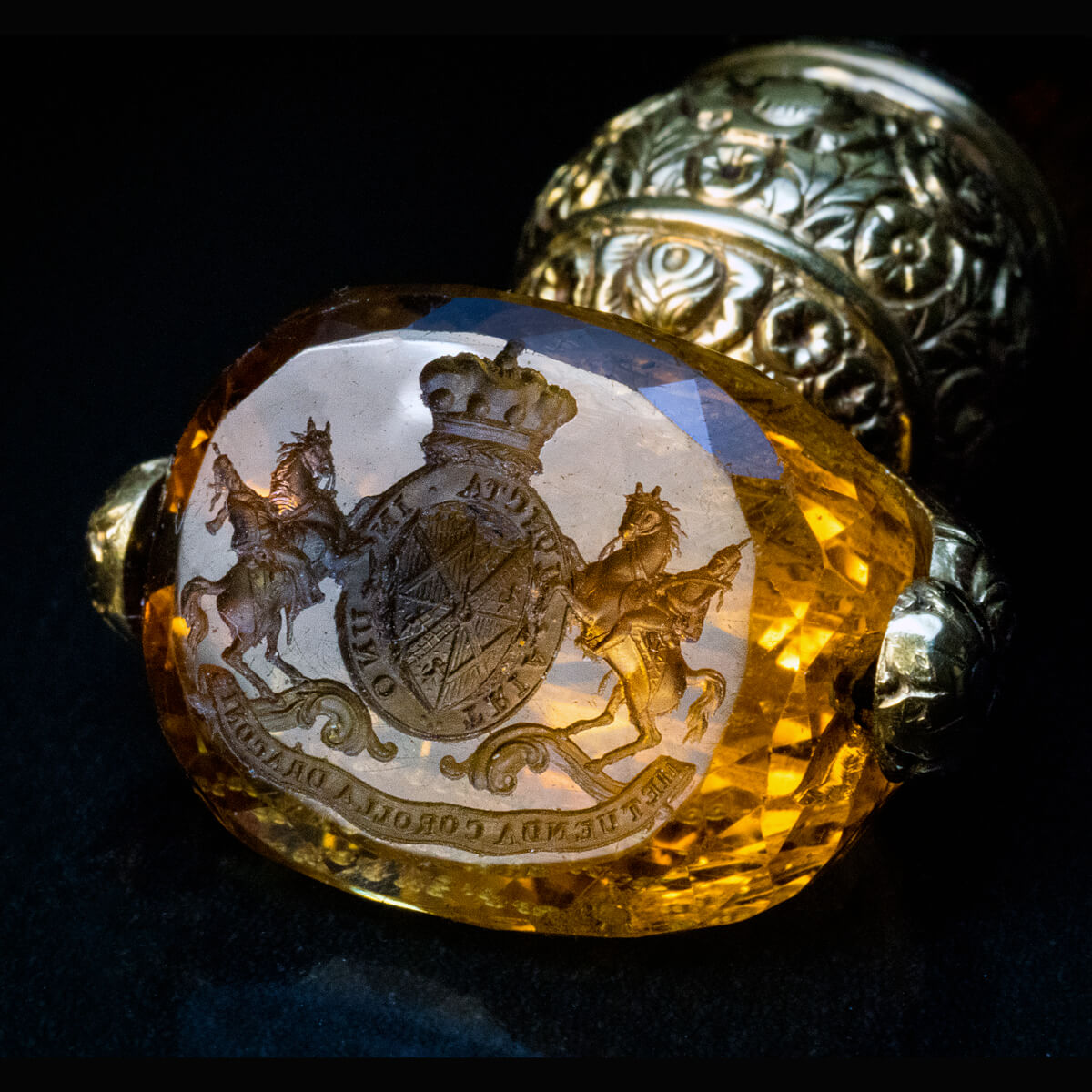 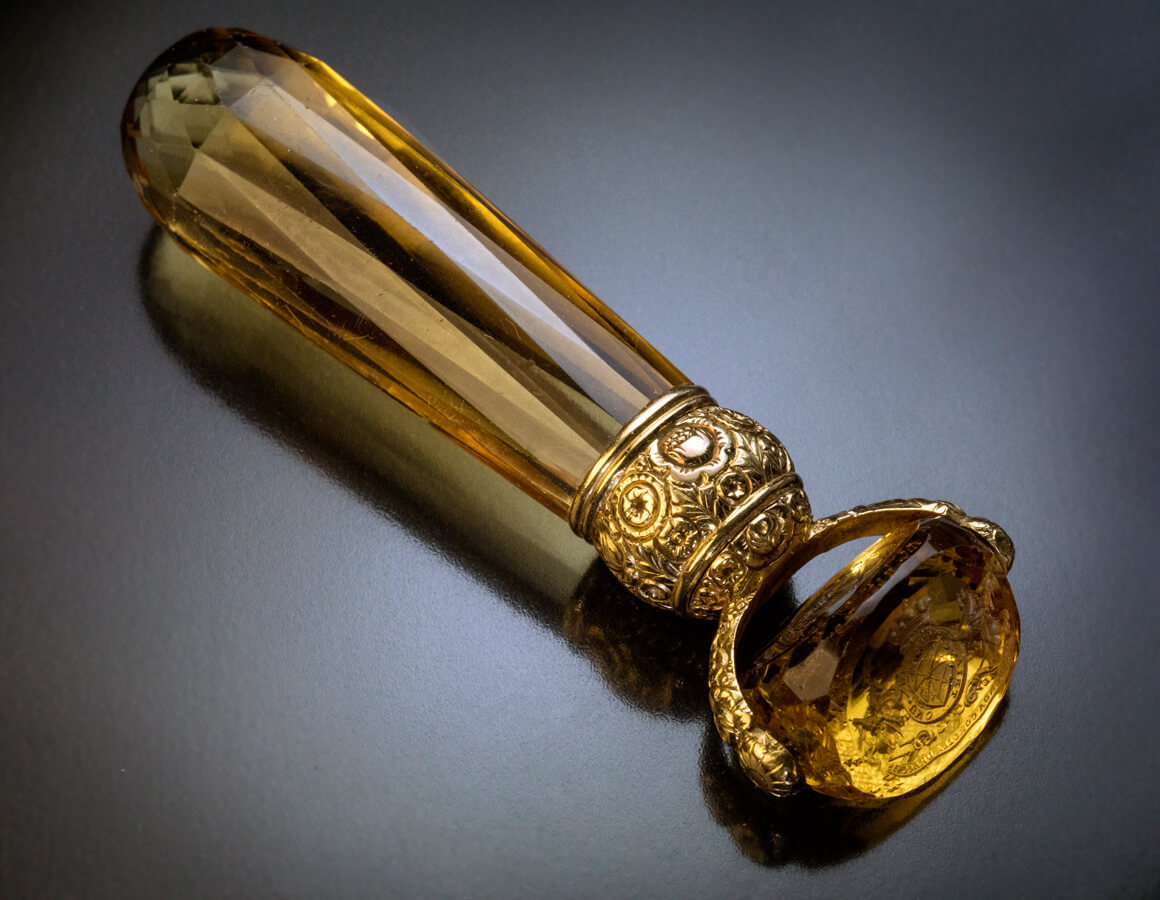 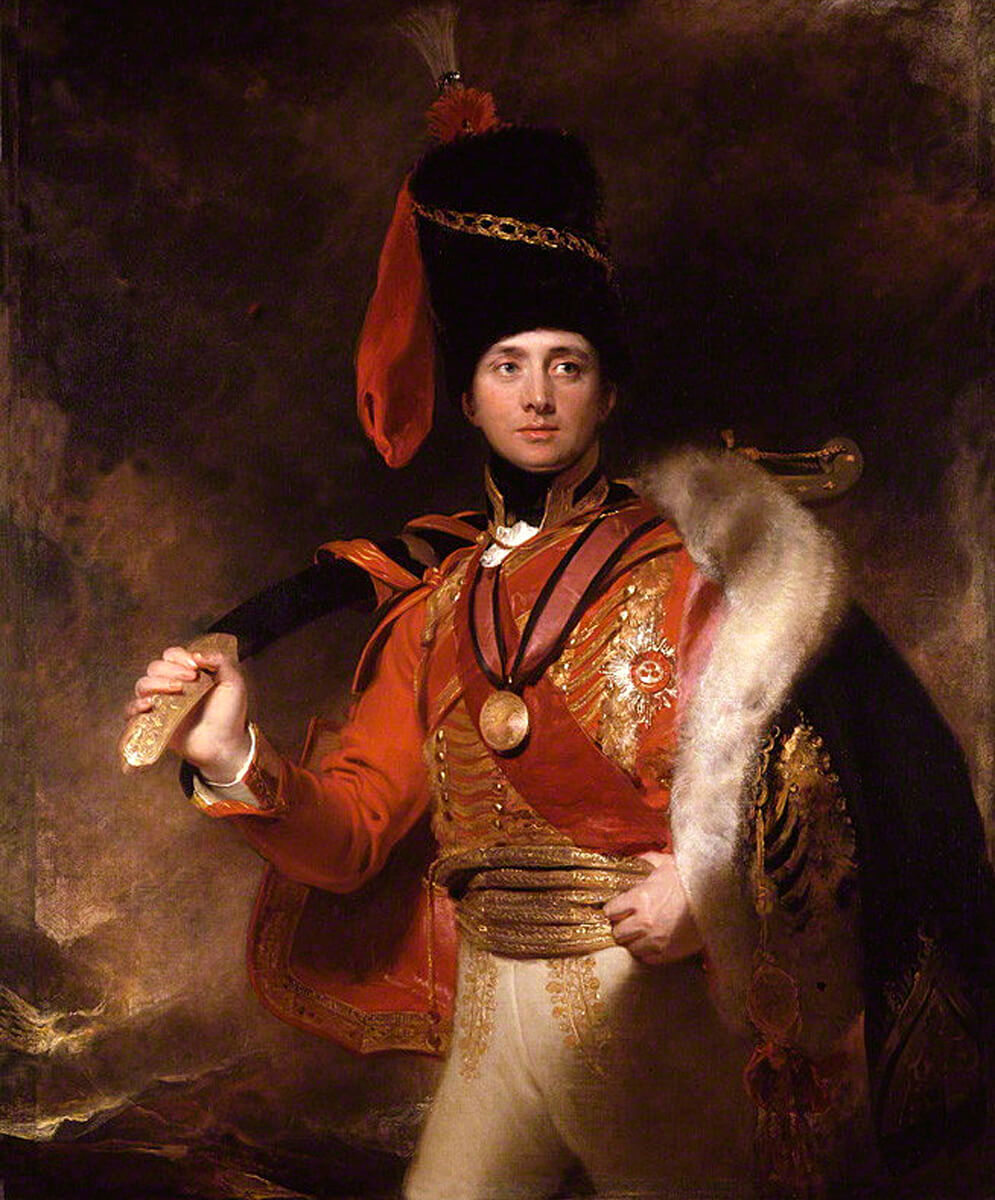 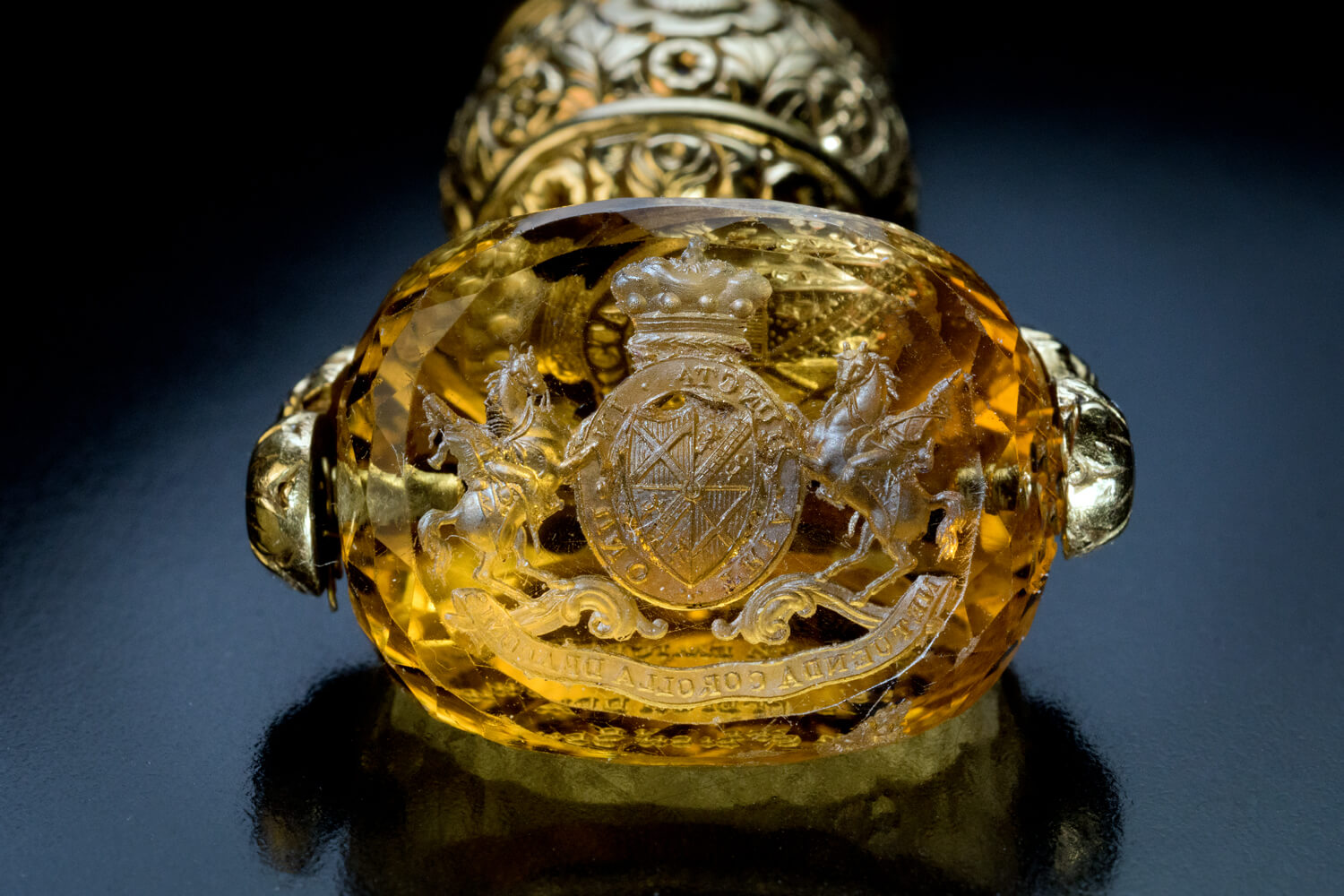 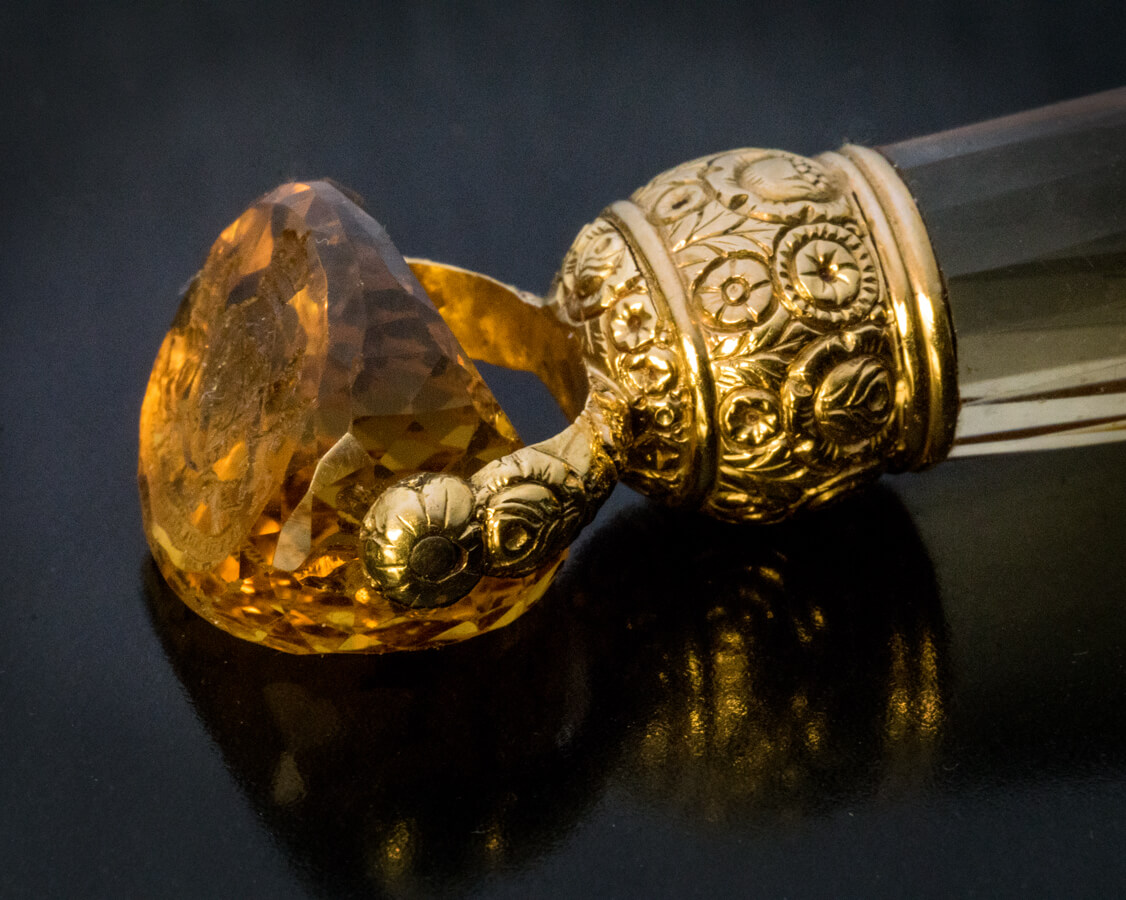 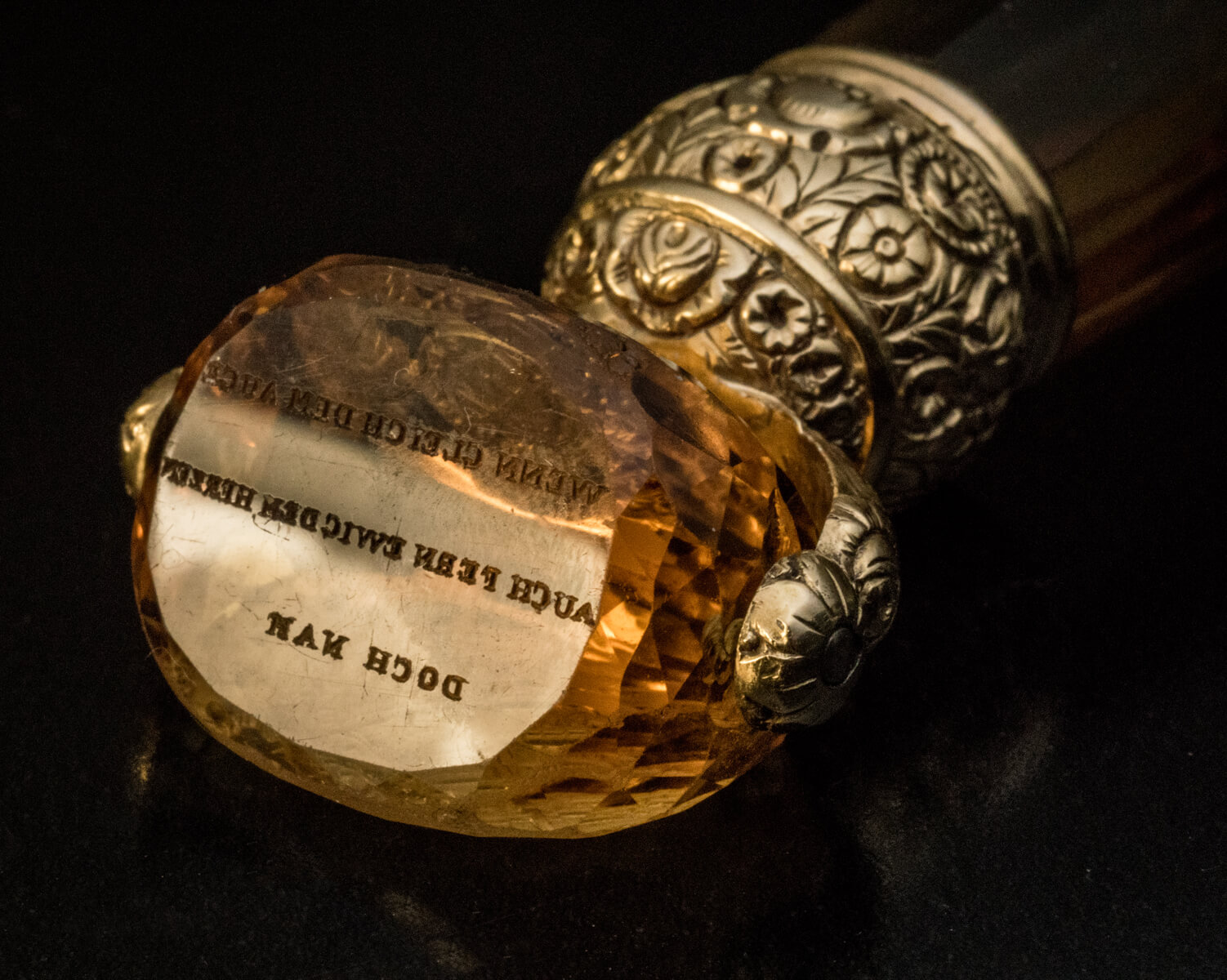 The gold mounted carved citrine desk seal of Charles William Vane, one of Britain’s wealthiest men, who was also the 3rd Marquess of Londonderry (1778-1854), Cavalry General, aide-de-camp to King George III, politician, Under-Secretary of State for War and the Colonies, participated in the French Revolutionary Wars (1794) and Napoleonic Wars, in 1813 Envoy Extraordinary with the allied armies in Germany, Ambassador to Vienna (Austria) between 1814 and 1823, Lord of the Bedchamber to the King, Knight Companion of the Bath, and Knight of the Garter.

The tapered faceted citrine handle is embellished with a chased gold floral mount. The swivel three sided seal is finely engraved with two armorials and an inscription in German.

The presents of the inscription in German indicates that the seal was commissioned while the owner resided in German speaking countries – Germany or Austria.