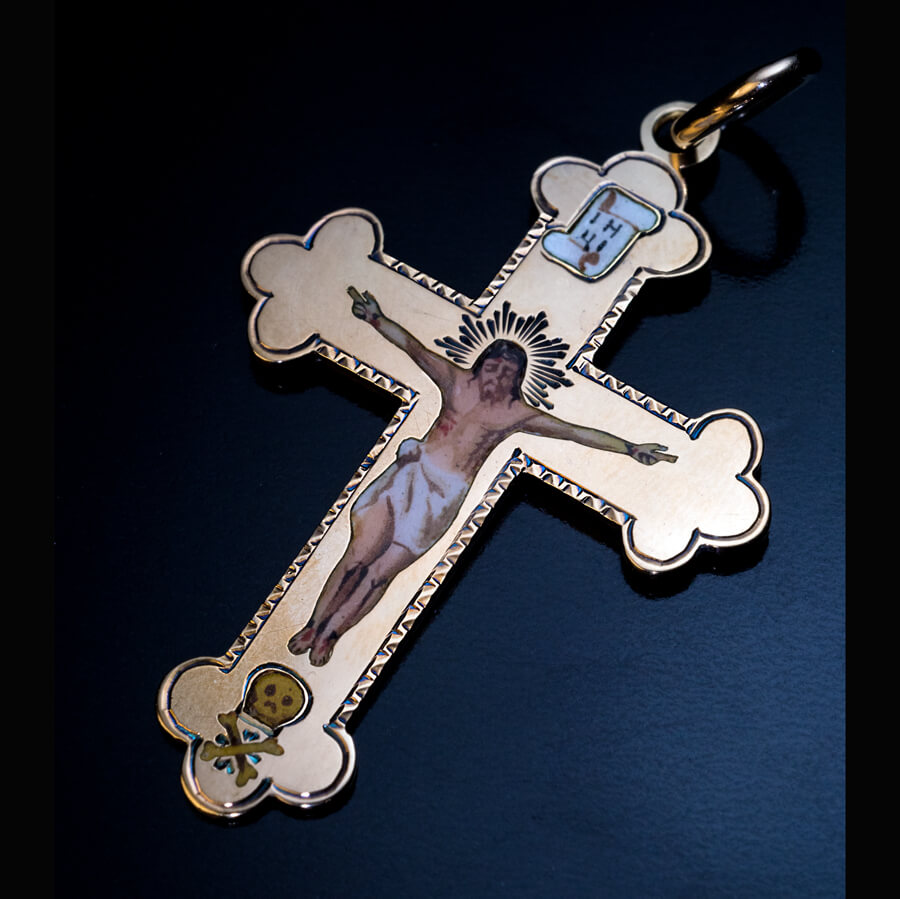 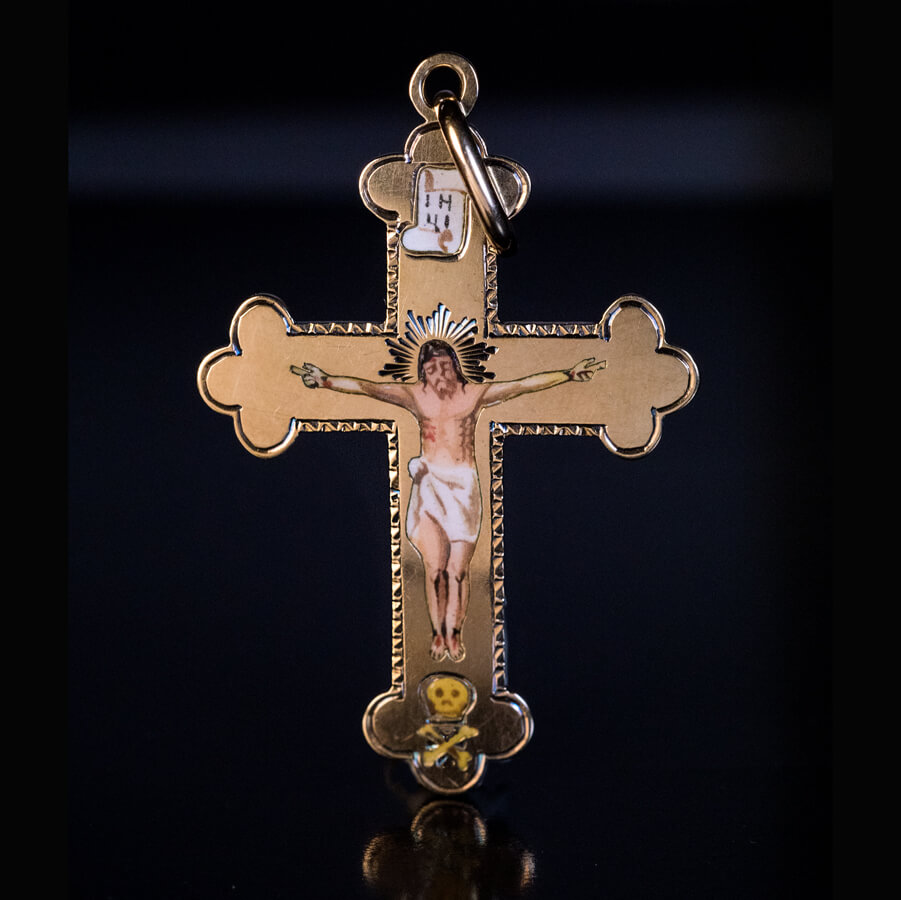 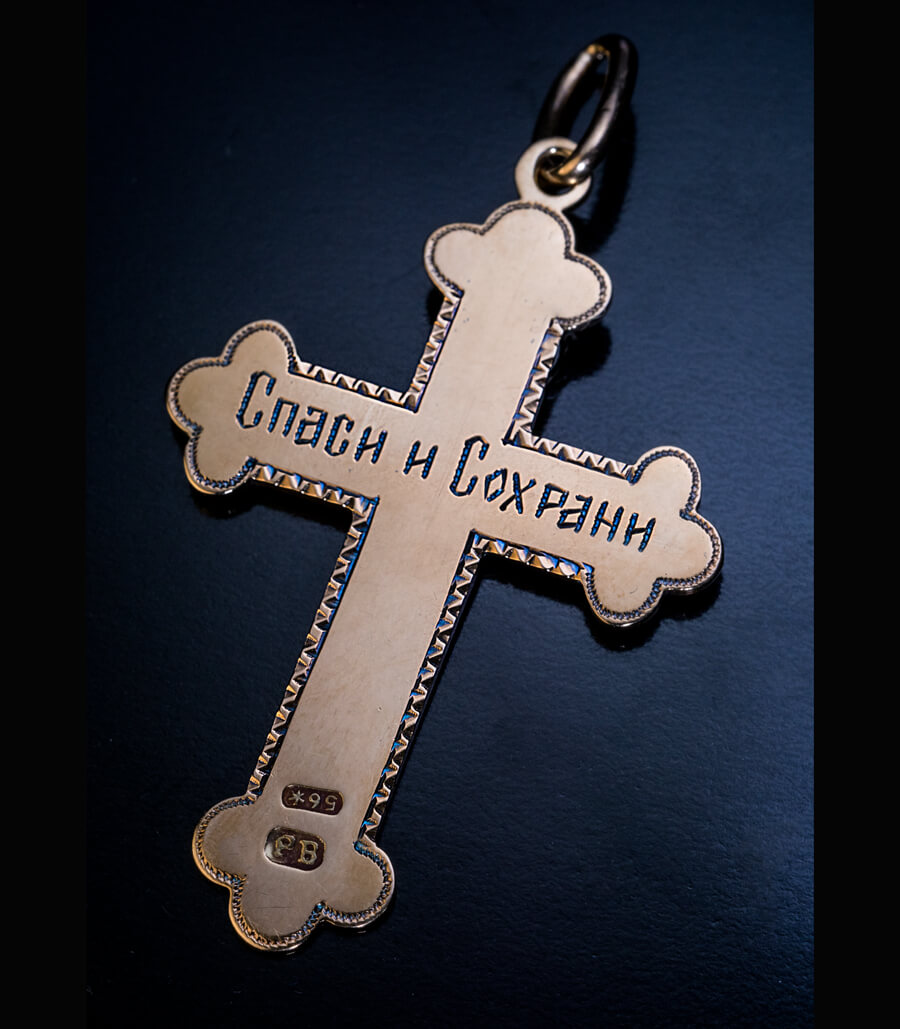 This cross was made in the 1880s-1890s in Saint Petersburg by Rudolf Weide who specialized in fine enamel and gold cross pendants. Weide was born in Revel (Tallin, Estonia). Later he moved to St. Petersburg where he became a prominent master goldsmith. Between 1874 and 1915, Weide owned a gold and silver workshop at Nevsky 74, the main avenue of St. Petersburg.

The shape of the cross is traditional Russian Orthodox. The edges are intricately engraved on both sides with a geometric design. The front of the cross is enameled with the corpus of Christ.

The skull at the base of the cross represents Adam, the first man, who was buried in Golgotha (Skull Hill) where Jesus was later crucified.

The abbreviation on the white enamel scroll on the upper arm of the cross reads JESUS OF NAZARETH THE KING OF THE JEWS.

Engraved inscription on the back reads SAVE AND PROTECT. 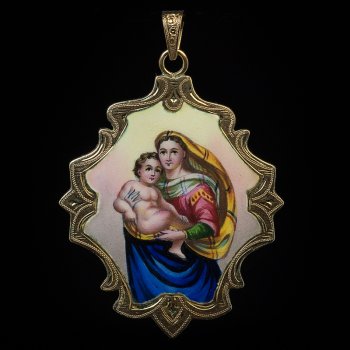