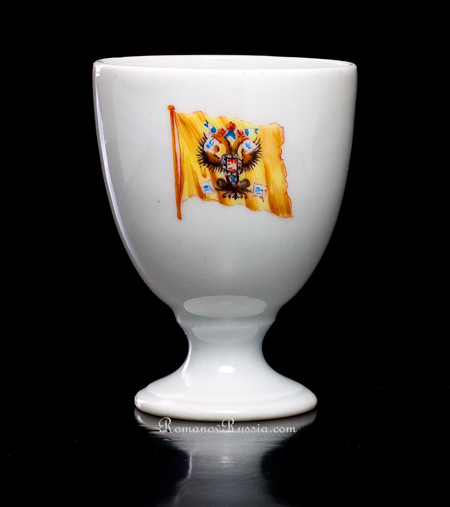 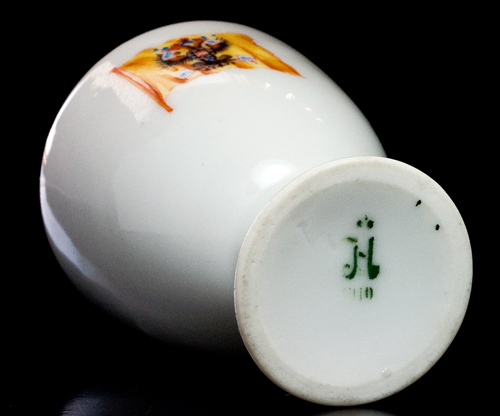 An Exceptionally Rare Antique Russian Porcelain Egg Cup from the service of the Imperial yacht of Tsar Nicholas II – The Standard.

The egg cup is painted with the Russian Imperial Standard – a double headed eagle holding in its beaks and talons four maps, signifying Russian sovereignty over the Baltic, Black, Caspian and White seas.

Marked under base with Nicholas II cipher and date 1910.