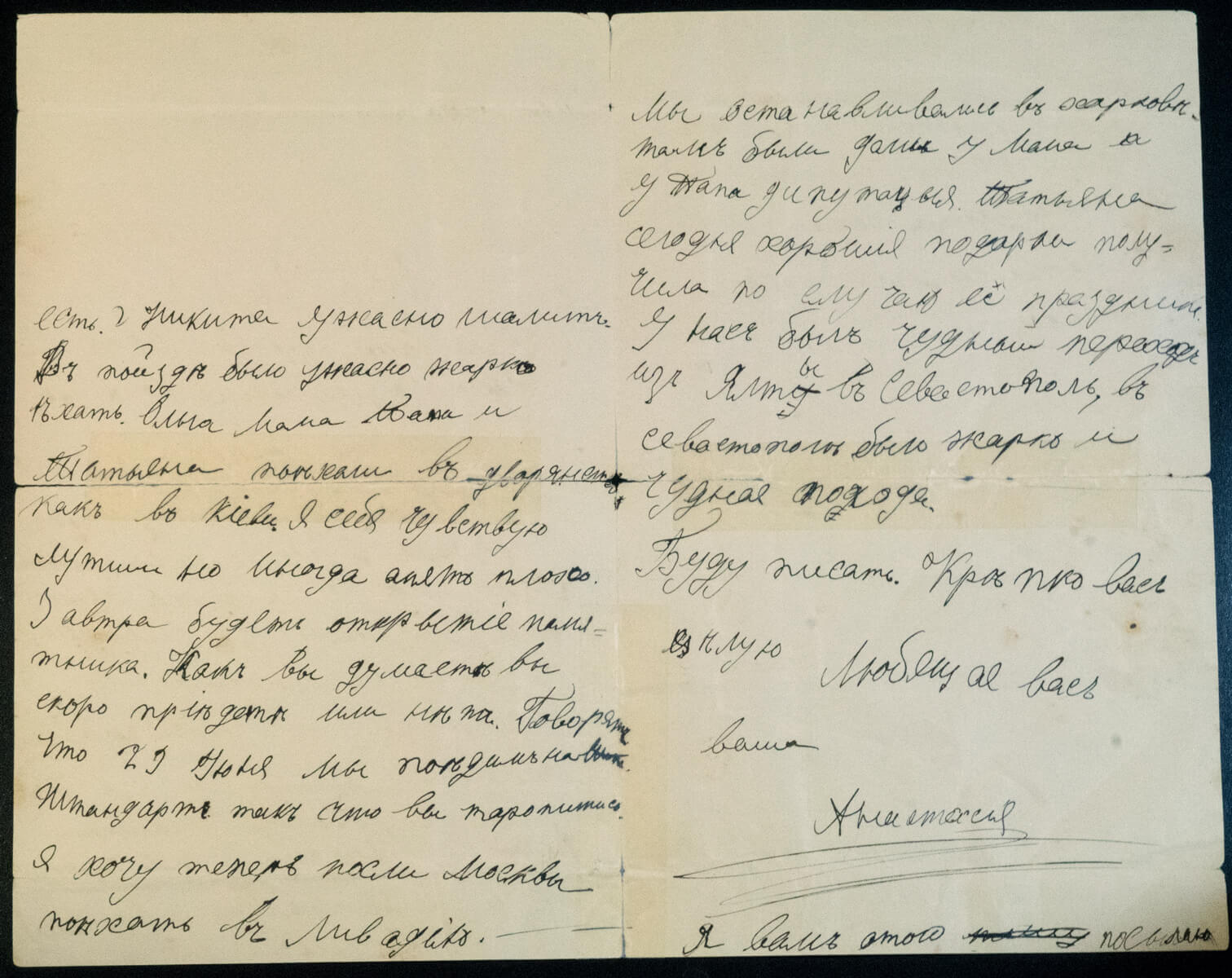 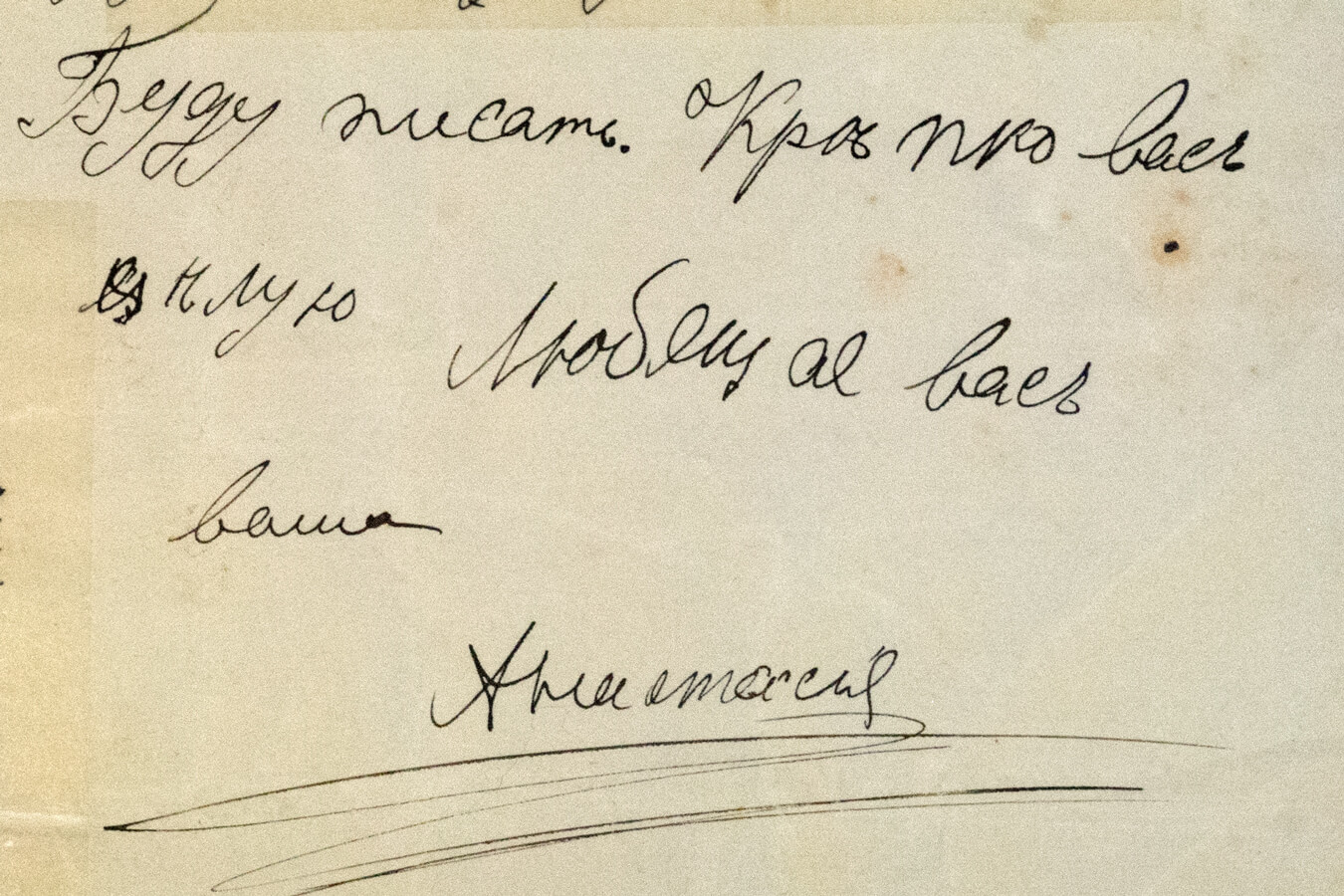 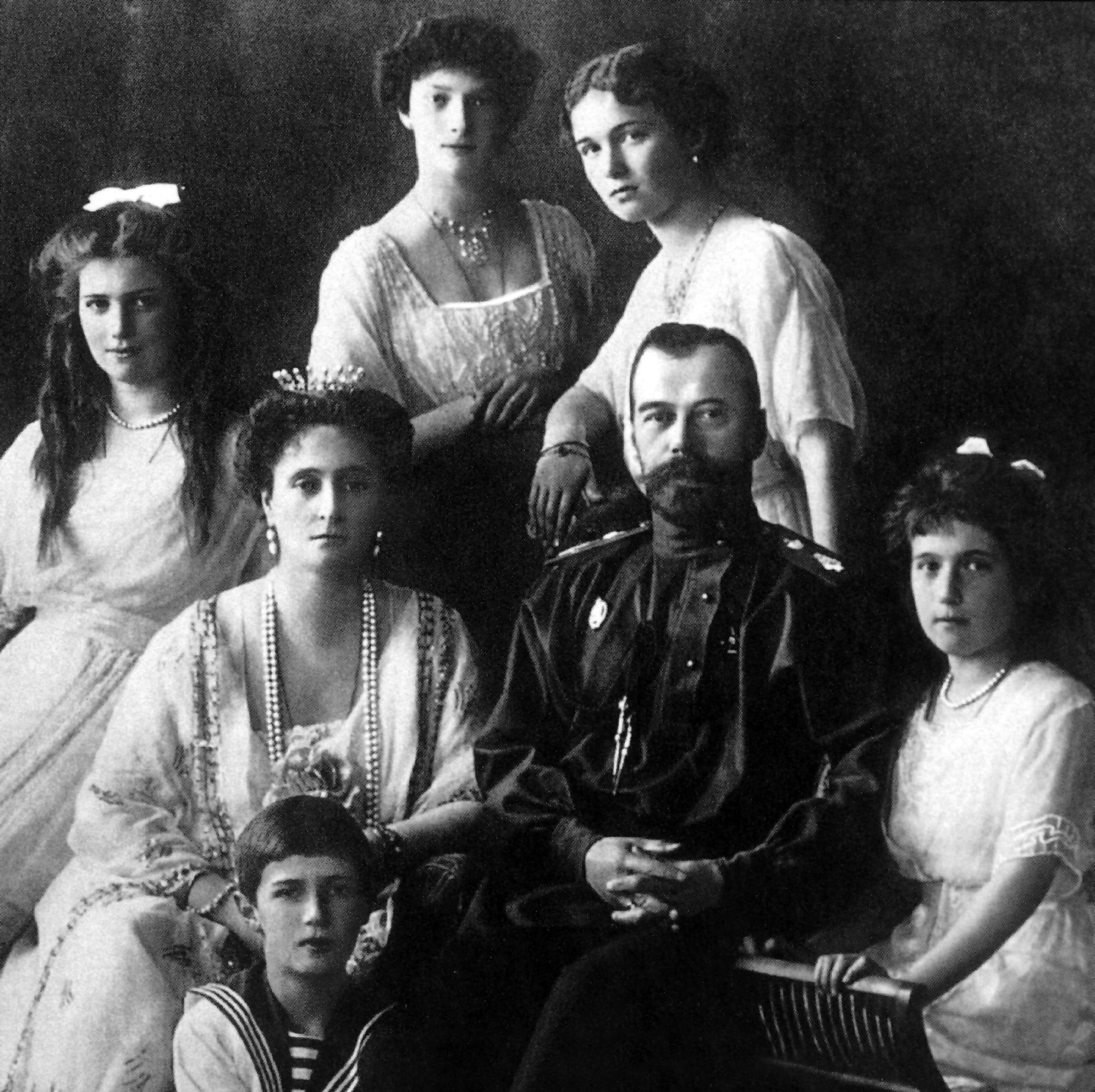 This is an extremely rare and historically important document related to Anastasia, the youngest daughter of Tsar Nicholas II of Russia.

The four page letter is handwritten in ink by Anastasia on a stationary of the Moscow Kremlin palace. The letter is dated ’29 May 1912′. Anastasia was 10 years old at that time.

Anastasia’s drawing on the last page of the letter adds greatly to the letter’s rarity and value.

The letter was exhibited at the Russian State Library in Moscow.

The letter is written with some orthographic and grammar mistakes. There are numerous spelling corrections.

Translation (translation is literal, preserving the word order and punctuation of the original text):

How is your health. It is hot here 30 degrees in the sun. I just got back from Neskuchnyi (Translator’s note: the oldest park in Moscow). There was an outing in the morning and there was a worship service in Uspensky cathedral (TN: principal church in the Kremlin). It was so sad to leave Levadia (TN: tsarist summer palace in the Crimea). and I feel terribly sad that you are not here. Mari (TN: Grand Duchess Maria, sister of Anastasia) and I live in the blue room Olga and Tatiana (TN: sisters of Anastasia) in the red, Nikita Fyodor and Andrei have tea with us and play here. Do you have a stick? Nikita is terribly naughty. It was terribly hot on the train.

Olga, Mama, Papa and Tatiana were traveling in a noble (a slang, probably referring to a car on a train for nobility), like in Kiev. I feel better but sometimes bad again. Tomorrow there will be an inauguration of the monument (TN: Tsar Alexander III monument inaugurated on May 30, 1912). Do you think you will come soon or not.They say that we will raise the Standard (TN: Navy flag, the main Imperial yacht of the Tsar had the same name – The Standard) on June 29, so you need to hurry. Now after Moscow I want to go to Levadia. We made a stop in Harkov. There were Ladies with Mama and Papa had reception of the deputies. Tatiana received a good gift today for her celebration (TN: May 29th is Tatiana’s birthday). We had a marvelous voyage from Yalta to Sevastopol (TN: cities on the Black Sea), the weather was hot and marvelous in Sevastopol (TN: a city in the Crimea).

Will stay in touch. Big kiss to you. With love

The envelope is plain because people like to read, when it says Moscow or Standard (TN: the yacht STANDARD).