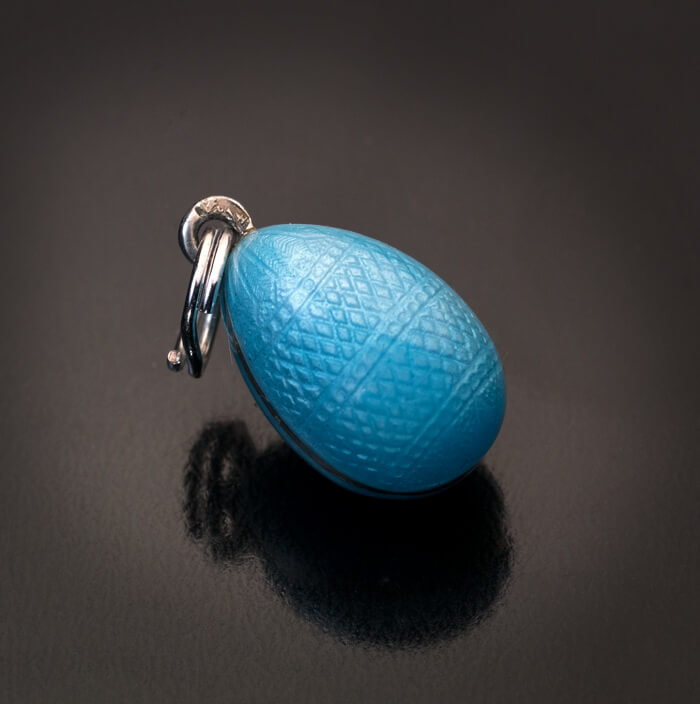 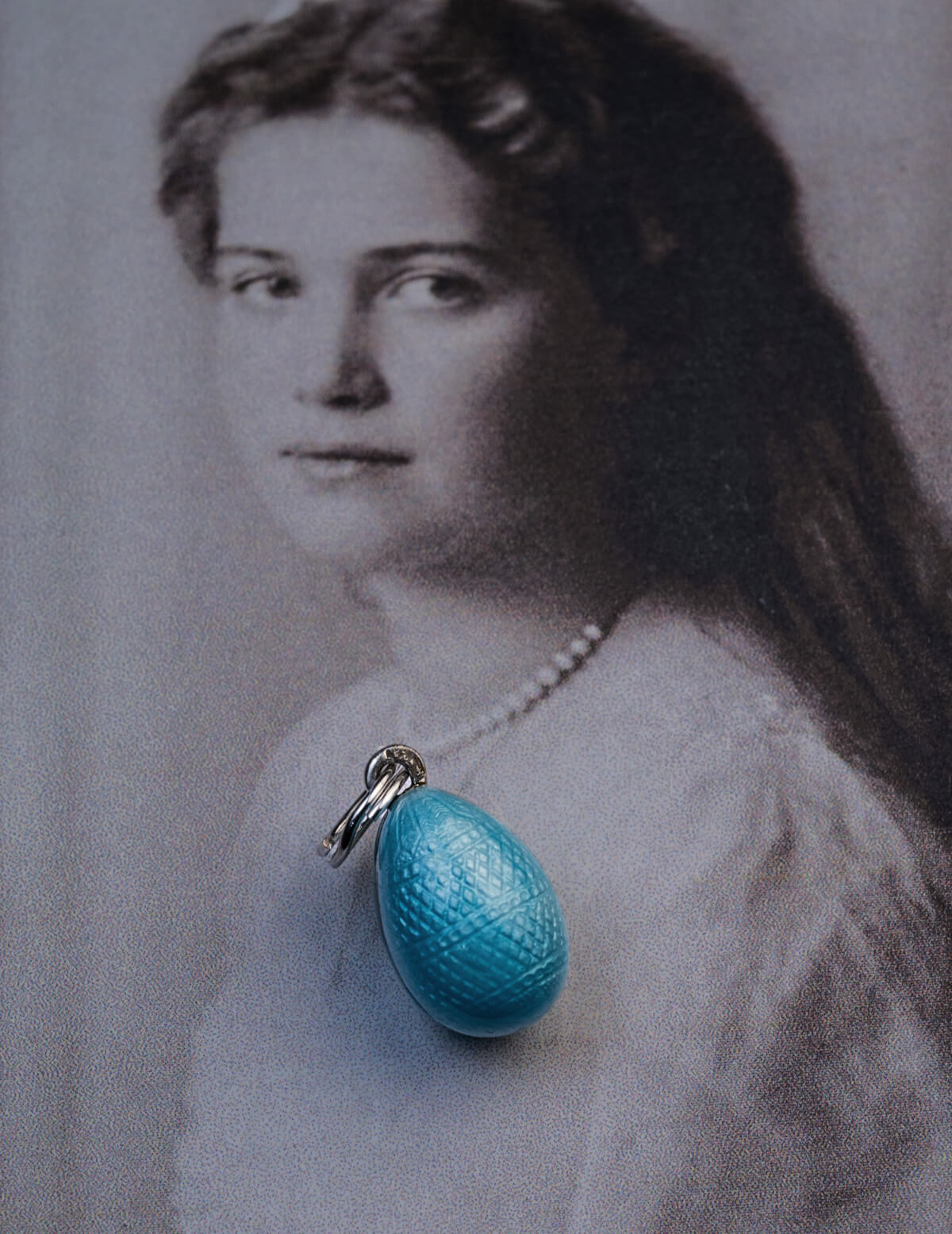 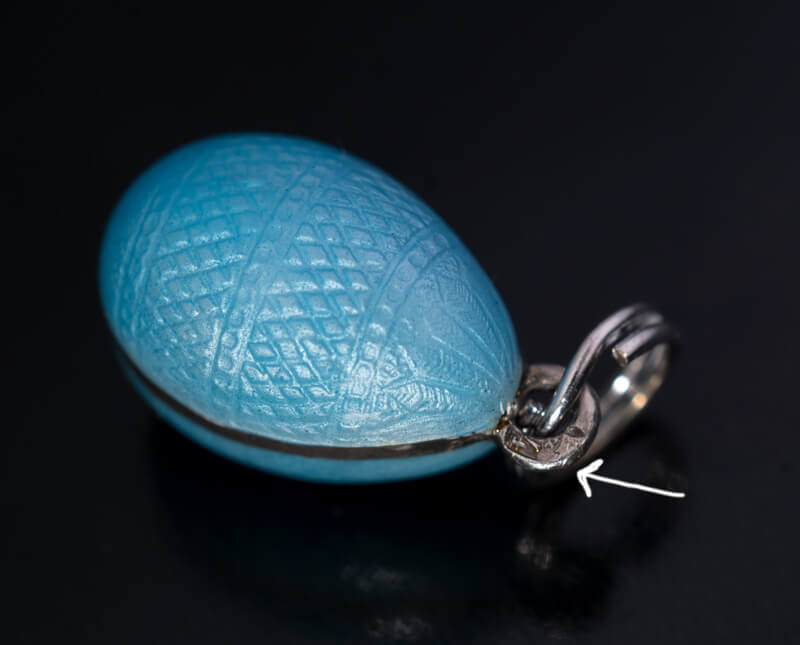 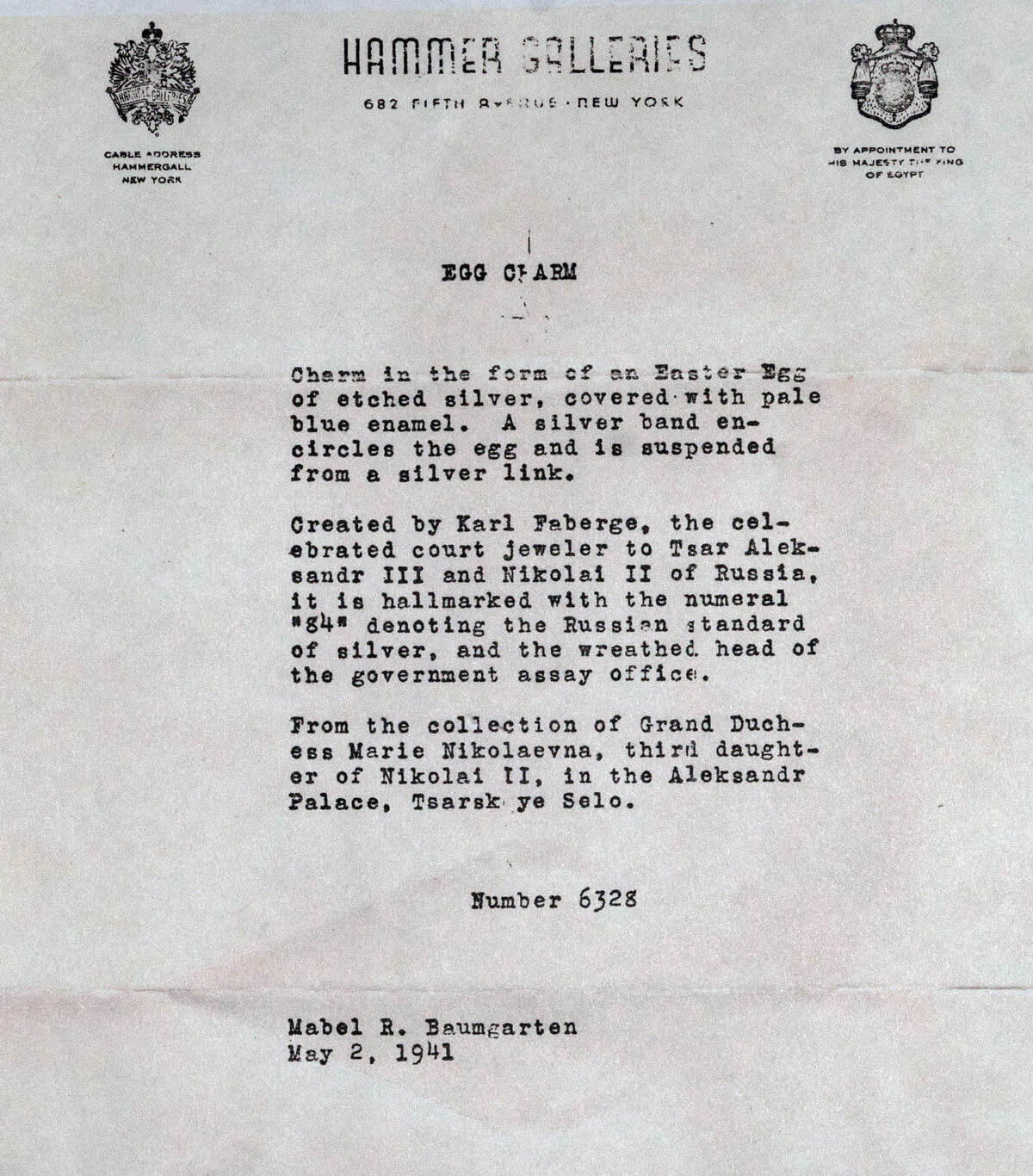 The egg is sold together with a copy of the original 1941 Hammer Galleries New York receipt.

The receipt states that the egg was made by Faberge, although no maker’s marks are mentioned in the description. Due to the lack of research on Faberge marks at the time when the receipt was issued (Faberge’s work masters marks were identified and published decades later), any quality egg pendant was considered Faberge. For example, only 18 miniature egg pendants out of 76 total in the Lillian Thomas Pratt collection (Virginia Museum of Fine Arts) have been currently identified as Faberge. Lillian Thomas Pratt was a major collector of Faberge in America in the 1930s-1940s. Most of the pieces in her collection came from Hammer Galleries, which imported the tsarist treasures directly from the Soviet Russia until circa 1938, when export of cultural property was prohibited.

Any personal jewelry of daughters of Nicholas II is exceptionally rare.  In the extensive Pratt Collection, only one egg pendant has such provenance (from the apartments of Grand Duchess Tatiana, Alexander Palace, Tsarskoye Selo).

This small blue egg is not only delicately beautiful, unique, and historically important, but, apparently, is the only other egg pendant outside of the Pratt Collection, known to belong to a daughter of Nicholas II.

Armand Hammer (1898-1990), an American entrepreneur, started doing business in the Soviet Russia in 1921. He met with Lenin in person and was granted a permission to develop the Lena river gold mines in Siberia. In the late 1920s, under the Stalin’s regime, Hammer’s concession in the gold mines was revoked. As a compensation, Stalin allowed him to purchase almost the entire content of the Alexander Palace, the last residence of the Russian Tsar Nicholas II, which mostly consisted of personal items of the Romanovs. Belongings of the Imperial family were sold in America in the 1930s-1940s through Hammer Galleries.