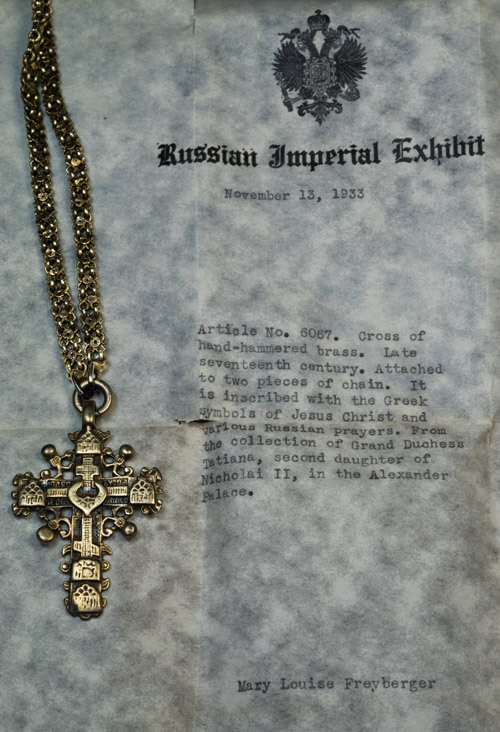 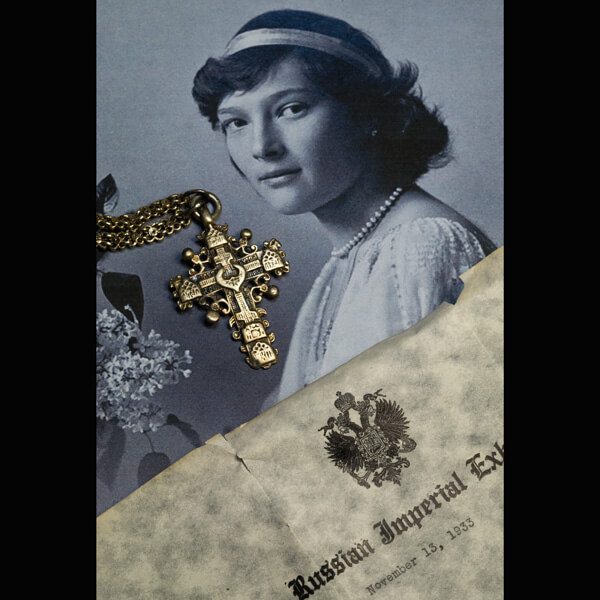 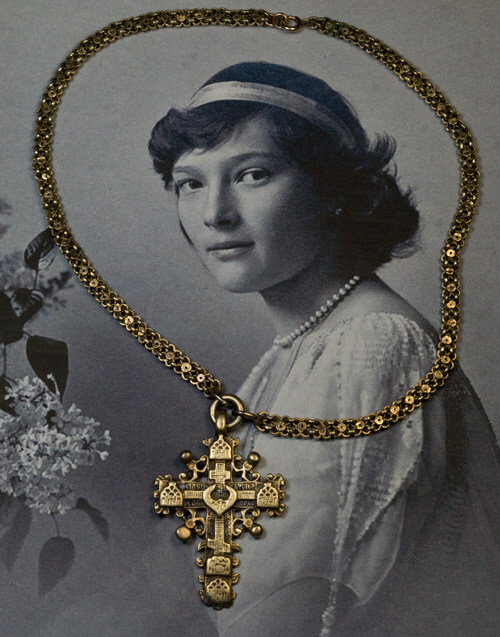 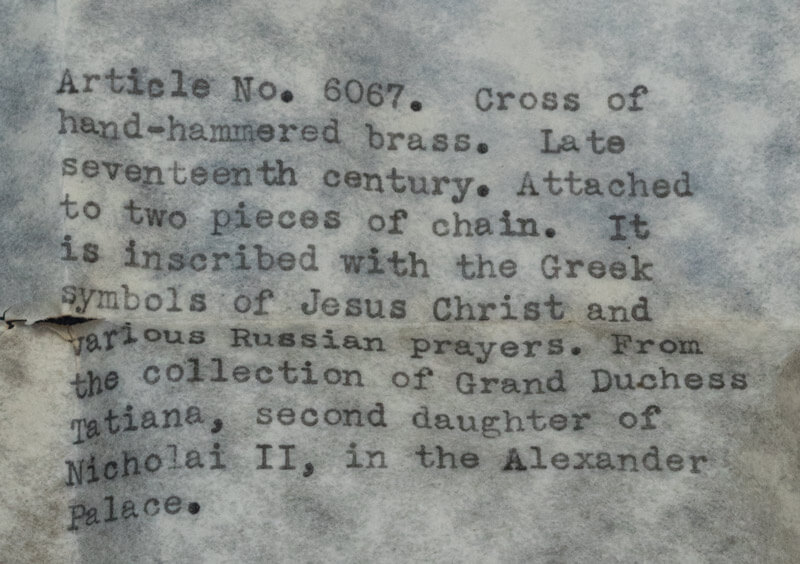 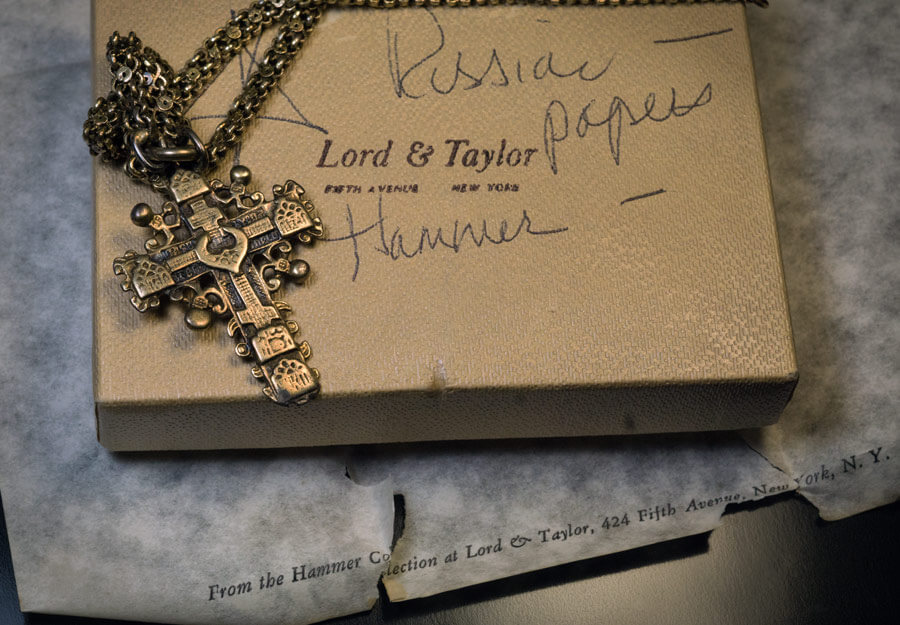 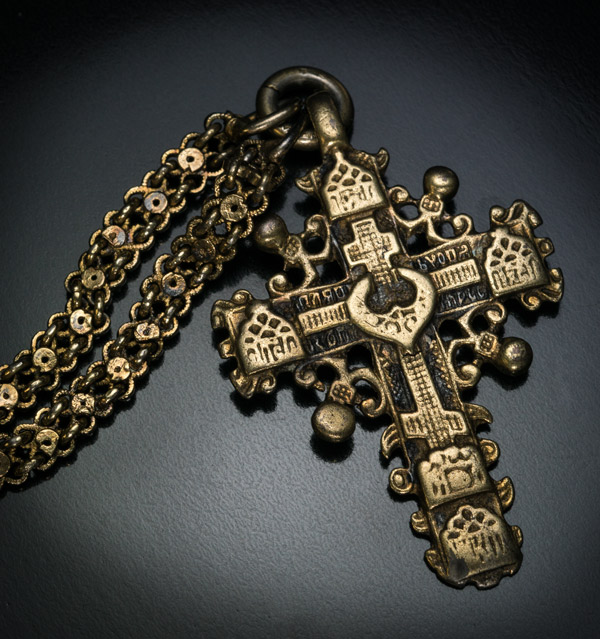 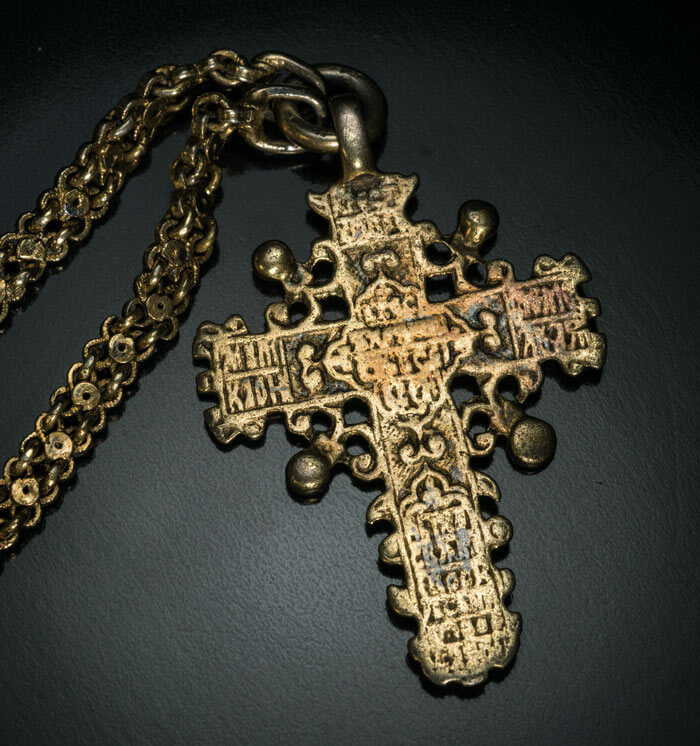 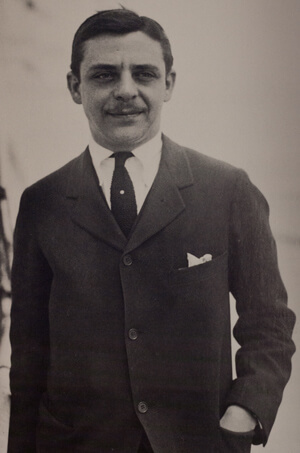 This unique 17th century Russian brass cross necklace, which belonged to Grand Duchess Tatiana (1897-1918), the second daughter of Tsar Nicholas II, was brought to America and sold by Armand Hammer in 1933.

Almost certainly, this cross was given to Tatiana during one of her pilgrimages. It is very likely that the cross initially belonged to a venerated monk or a priest, possibly a canonized saint of the Russian Orthodox Church.

Likely, the original 17th century chain was much longer and was shortened to fit Tatiana’s neck. The chain has a gold clasp (made of Russian rose gold) from the early 1900s. All of these indicate that, apparently, the necklace had been worn by Tatiana.

Armand Hammer (1898-1990), an American entrepreneur, started doing business in the Soviet Russia in 1921 and stayed there until 1930. He met with Lenin in person and was granted a permission to develop the Lena river gold mines in Siberia. In the late 1920s, under the Stalin’s regime, Hammer’s concession in the gold mines was revoked. As a compensation, Stalin allowed him to purchase almost the entire content of the Alexander Palace, the last residence of the Russian Tsar Nicholas II, which mostly consisted of personal items of the Romanovs. Belongings of the Imperial family were sold in America in the 1930s at the Hammer gallery in New York, as well as at the department stores, such as Lord and Taylor.

The cross necklace comes with the original parchment receipt of the Hammer gallery at Lord and Taylor on Fifth avenue in NYC, as well as with its original retail box.

Several years ago, we were fortunate to have another 17th century cross, which belonged to Grand Duchess Anastasia, the youngest daughter of Nicholas II. That cross also had a Hammer gallery provenance.