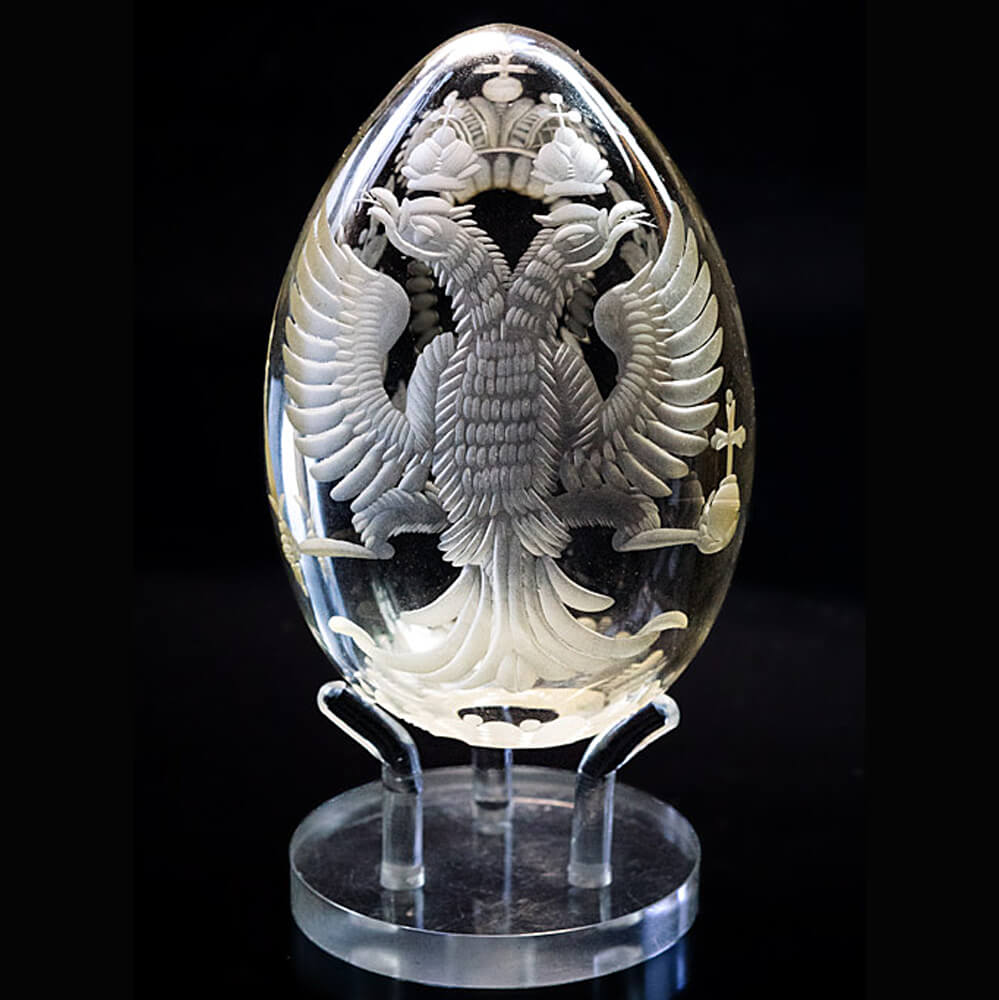 The front of the egg is engraved with Russian Imperial double headed eagle. The back is engraved with an oval medallion surmounted by an Imperial crown, flanked by two laurel branches. The artist-engraver used a see-through effect while decorating this unusual glass egg. The Russian tsarist double headed eagle has two small and one large crown above its heads. The eagle on this egg has only two crowns engraved above it, the third largest crown, which is on the back of the egg, shows up as the third crown of the eagle due to the see-through effect. The reverse side of the egg displays another see-through effect.

At a certain angle, the eagle from the front appears as a zoom-out image in the medallion, perfectly matching the frame of the medallion and the Imperial crown above it. Clearly, the egg was designed to amuse. The presence of the Imperial insignia indicates that the egg was made for the tsarist Court. Perhaps, Empress Catherine II herself gave away this egg as a gift on Easter day. 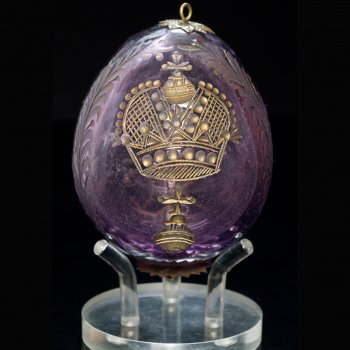