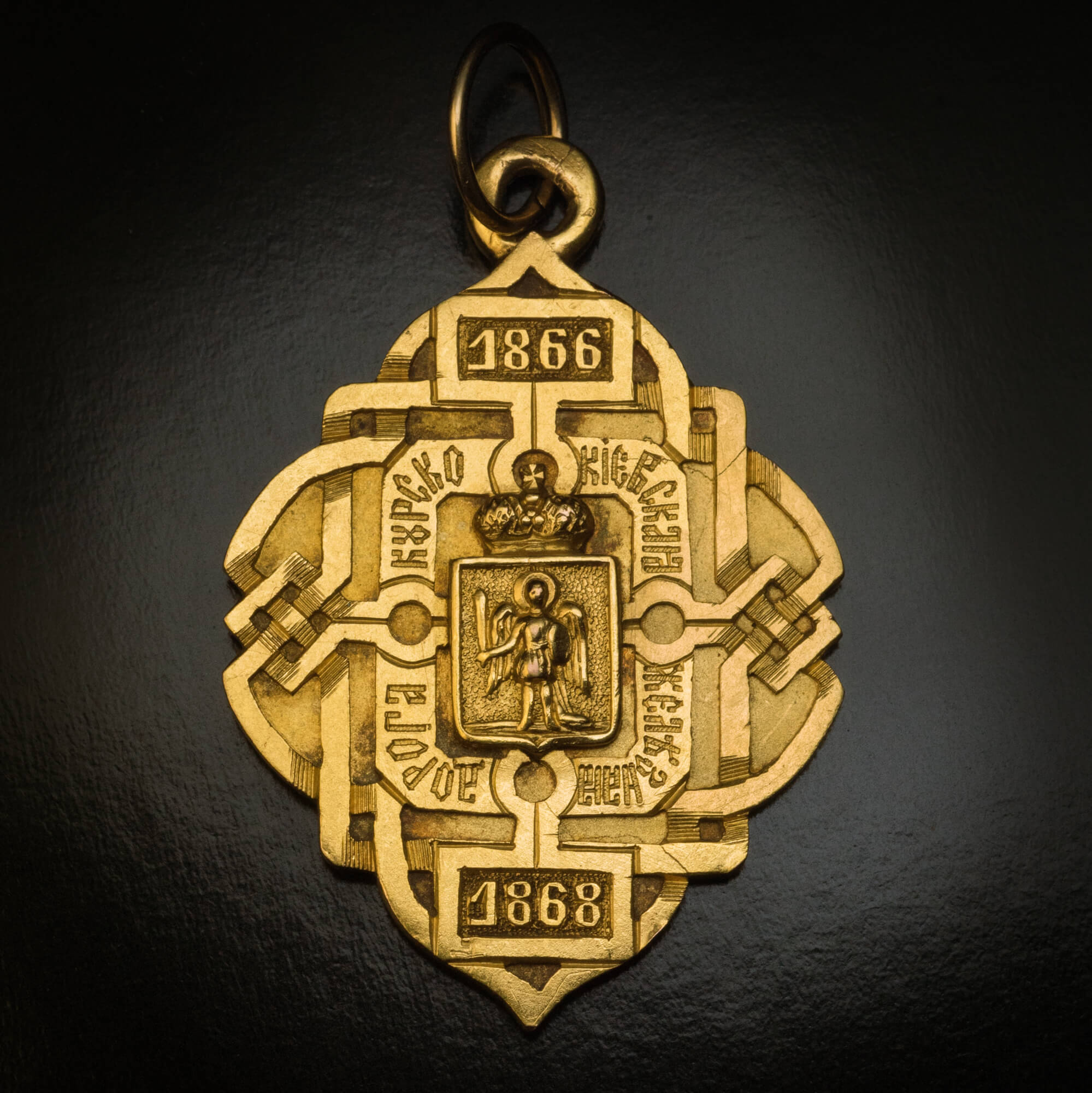 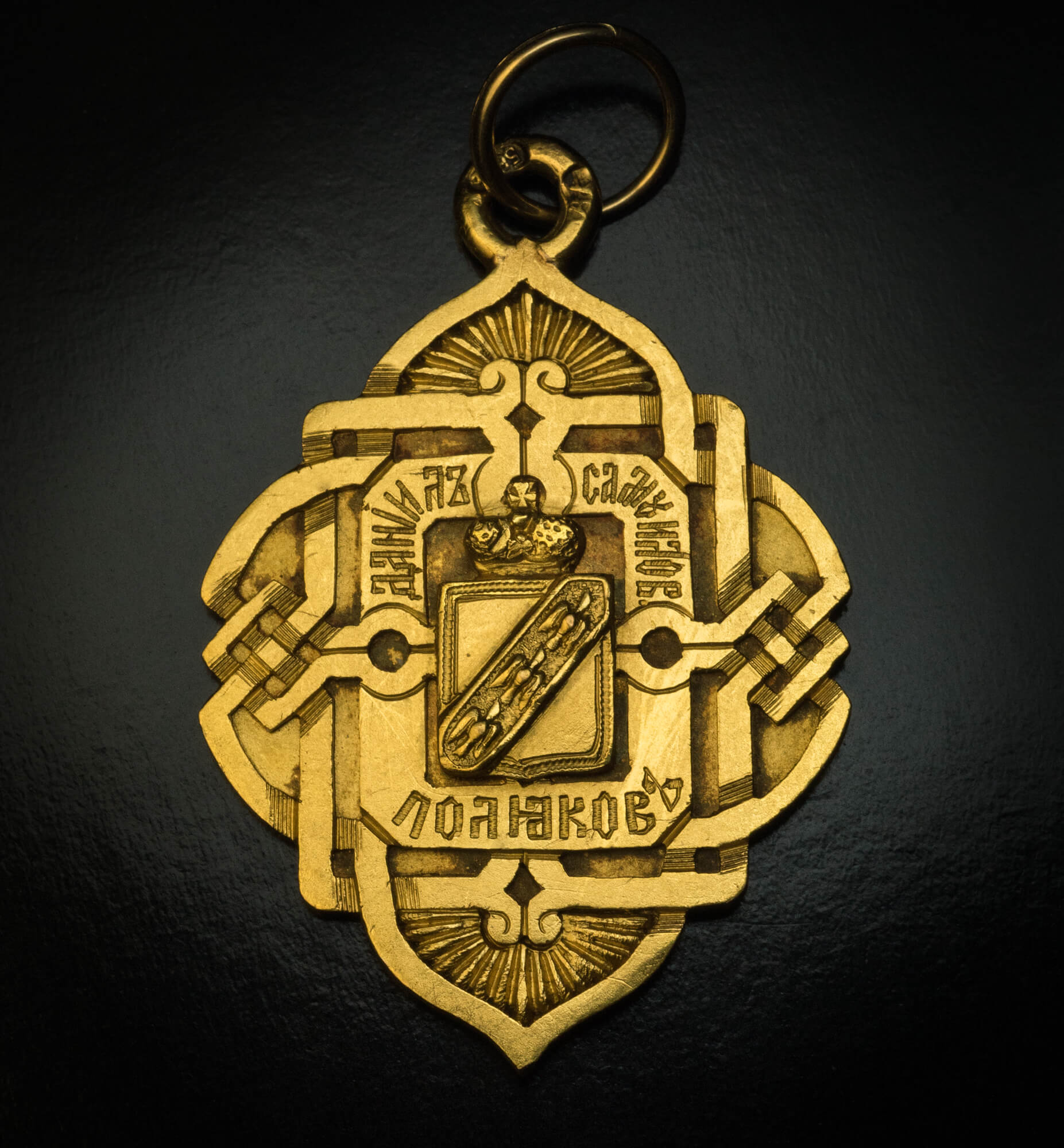 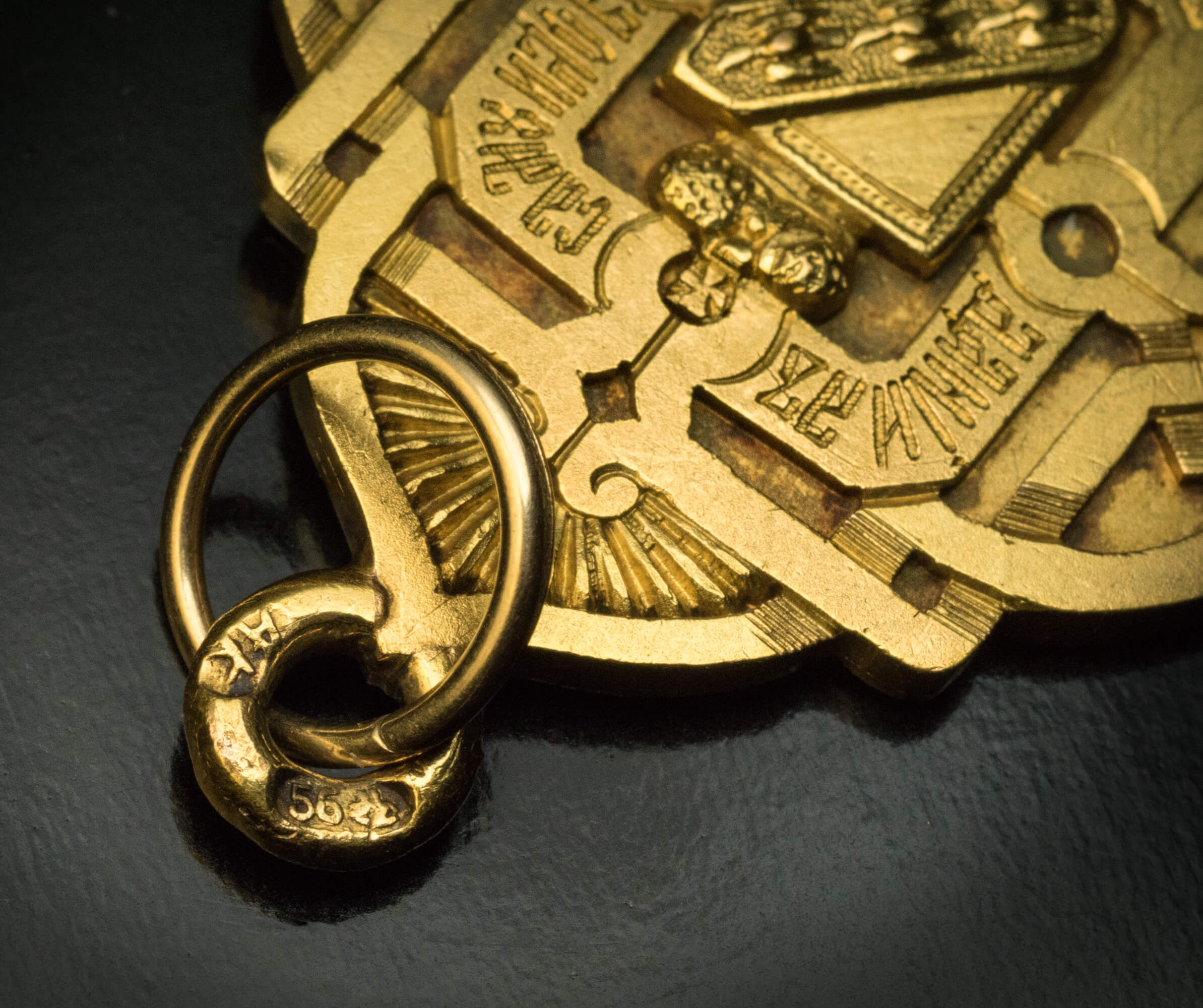 An important gold jeton / charm commemorating the construction of the Kursk – Kiev railroad in 1866-1868.

The jeton belonged to Daniel Polyakov, the only son of Russian railroad baron Samuel Polyakov. Wikipedia:  “(Самуил Соломонович Поляков) was a Russian businessman, informally known as the “most famous railroad king” of the Russian Empire, the senior member of the Polyakov business family, a philanthropist and a Jewish civil rights activist, co-founder of World ORT. Polyakov’s business interests concentrated in southern Russia and Ukraine. By the time of his sudden death at the age of 50 he was credited with the construction of one quarter of Russia’s railroads, his personal net worth was estimated at 31.4 million roubles.”

This item is reserved and waiting for the payment to be completed.