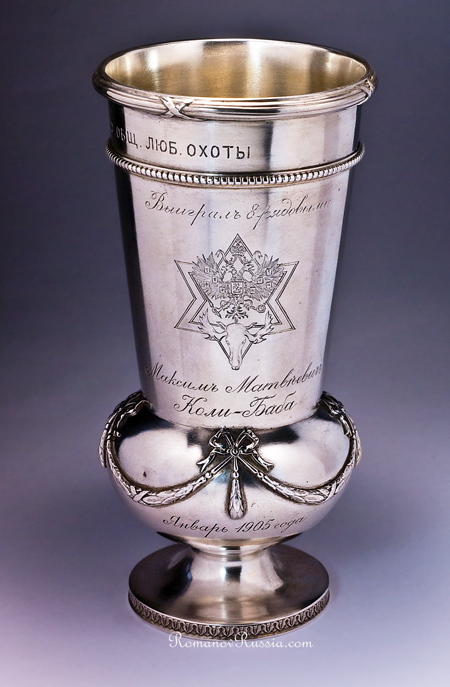 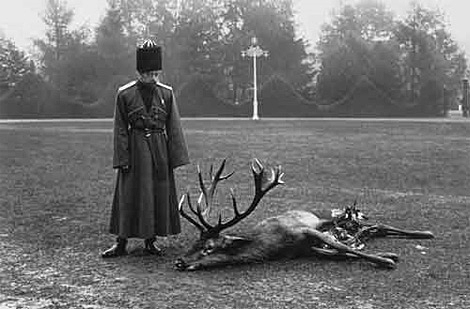 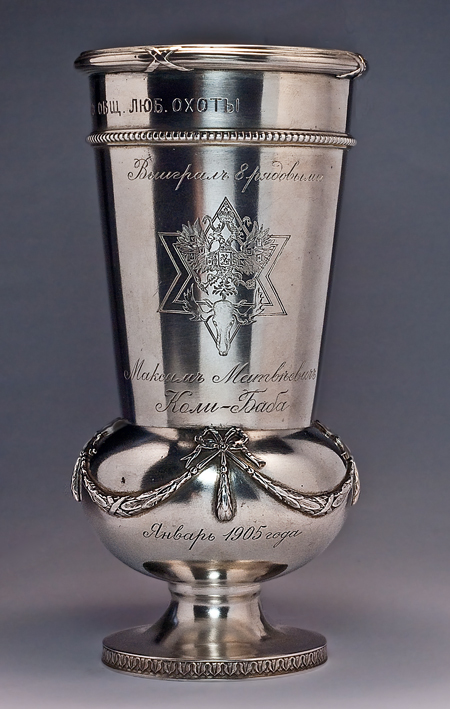 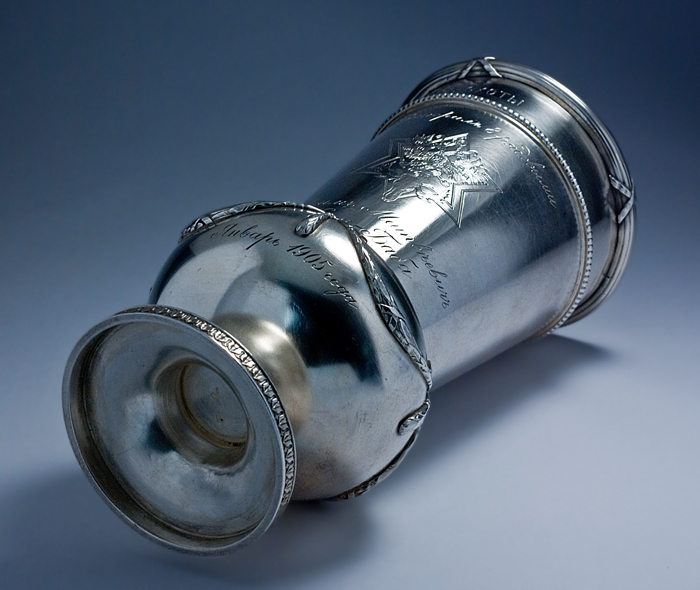 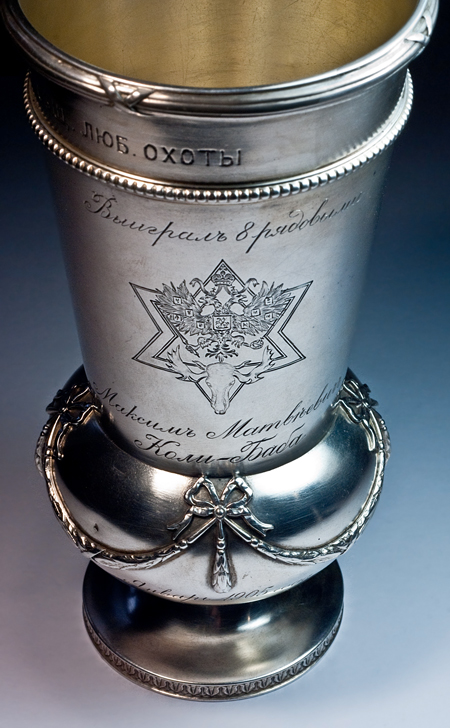 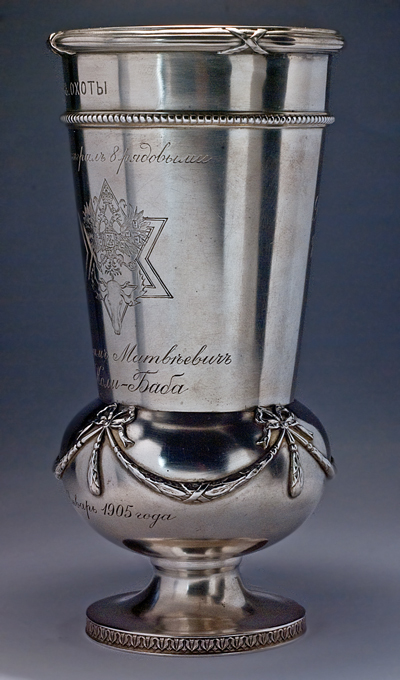 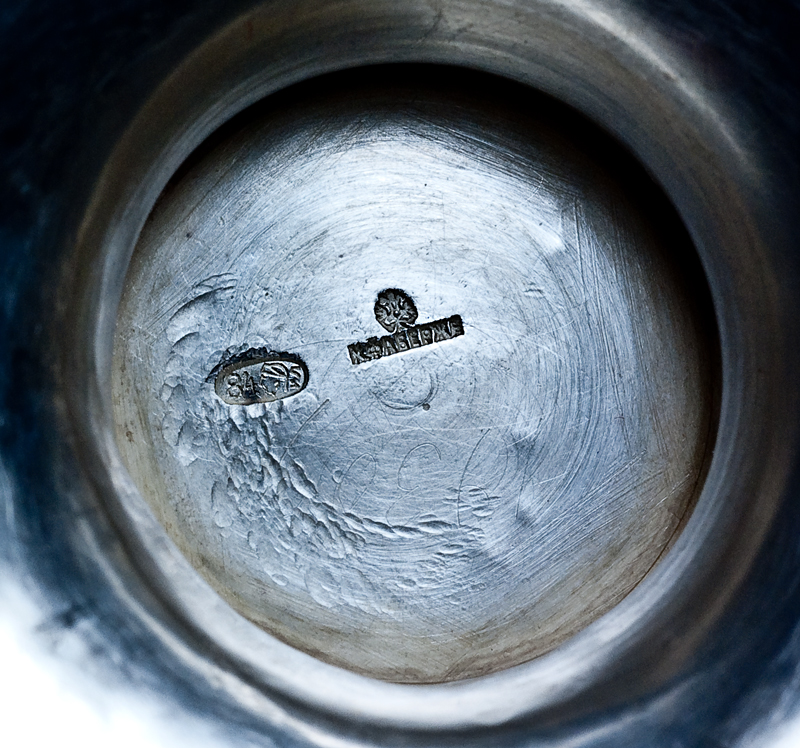 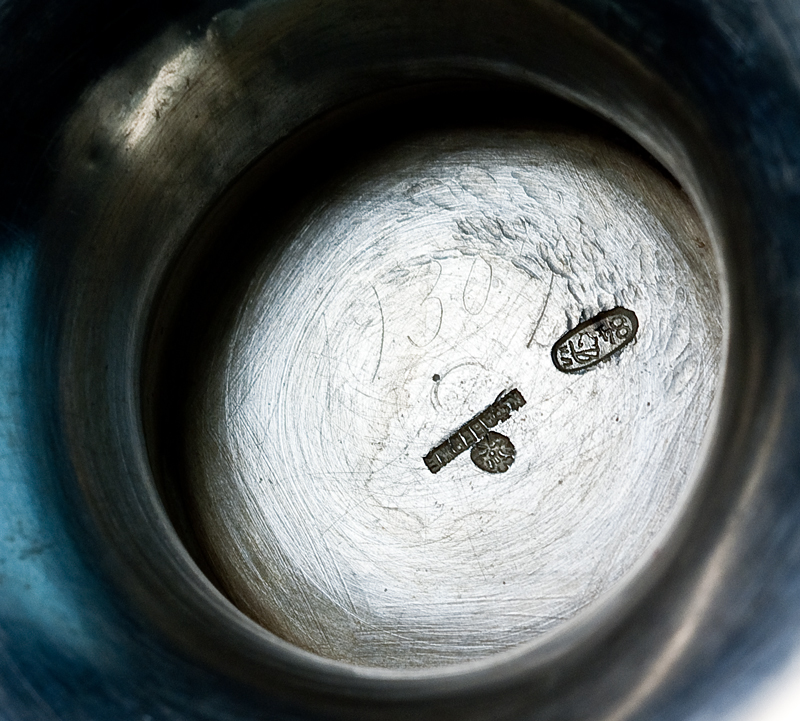 The silver trophy is decorated in neo-classical taste with ribbon tied laurel garlands, ribbon tied reeded rim, and chased acanthus leaves on base.

The front is finely engraved with the emblem of the Imperial Society For Proper Hunting – a double headed Russian Imperial eagle and an elk’s head laid on a six pointed star, recipient’s name and date ‘January 1905’.

Tsar Nicholas II was the patron of the Imperial Society for Proper Hunting.

The tsar’s photograph shown here was taken in 1912 in Spala (Poland) where Nicholas II had a hunting lodge. 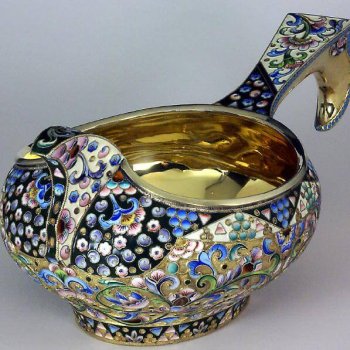 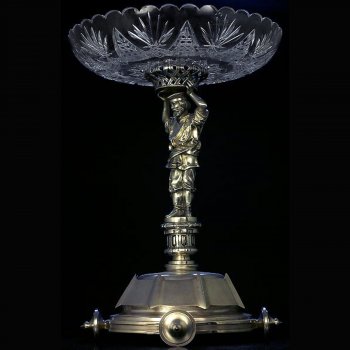