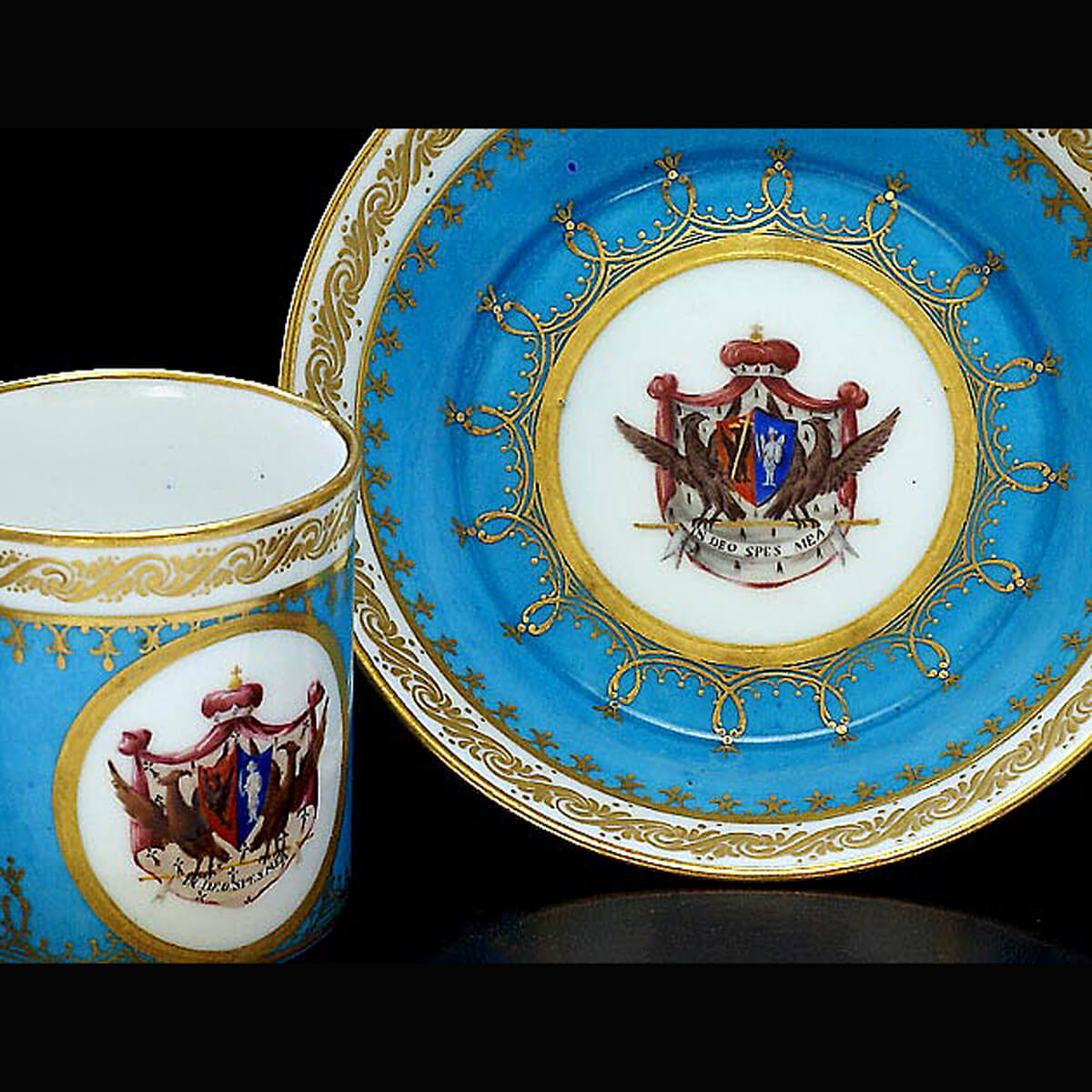 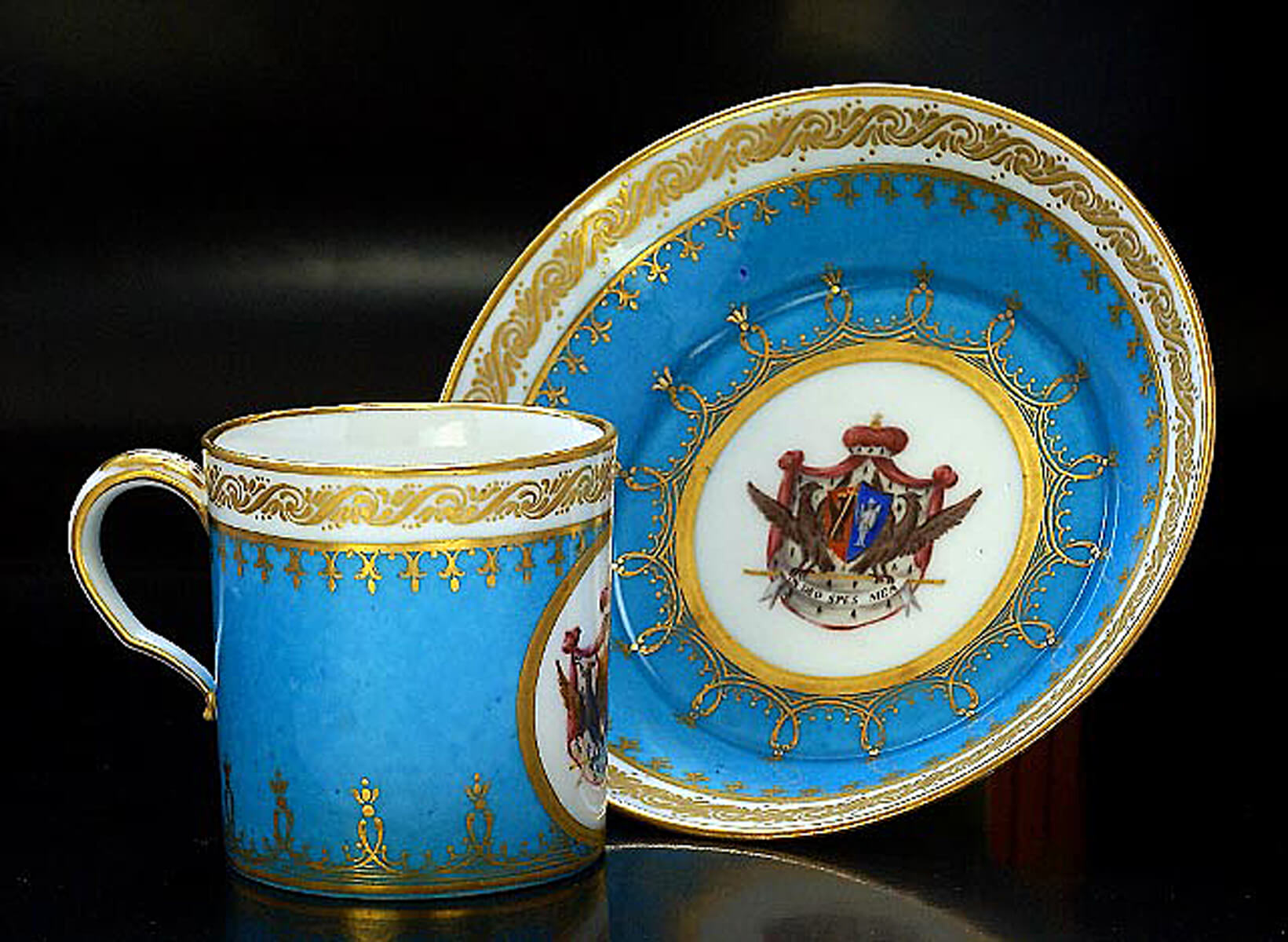 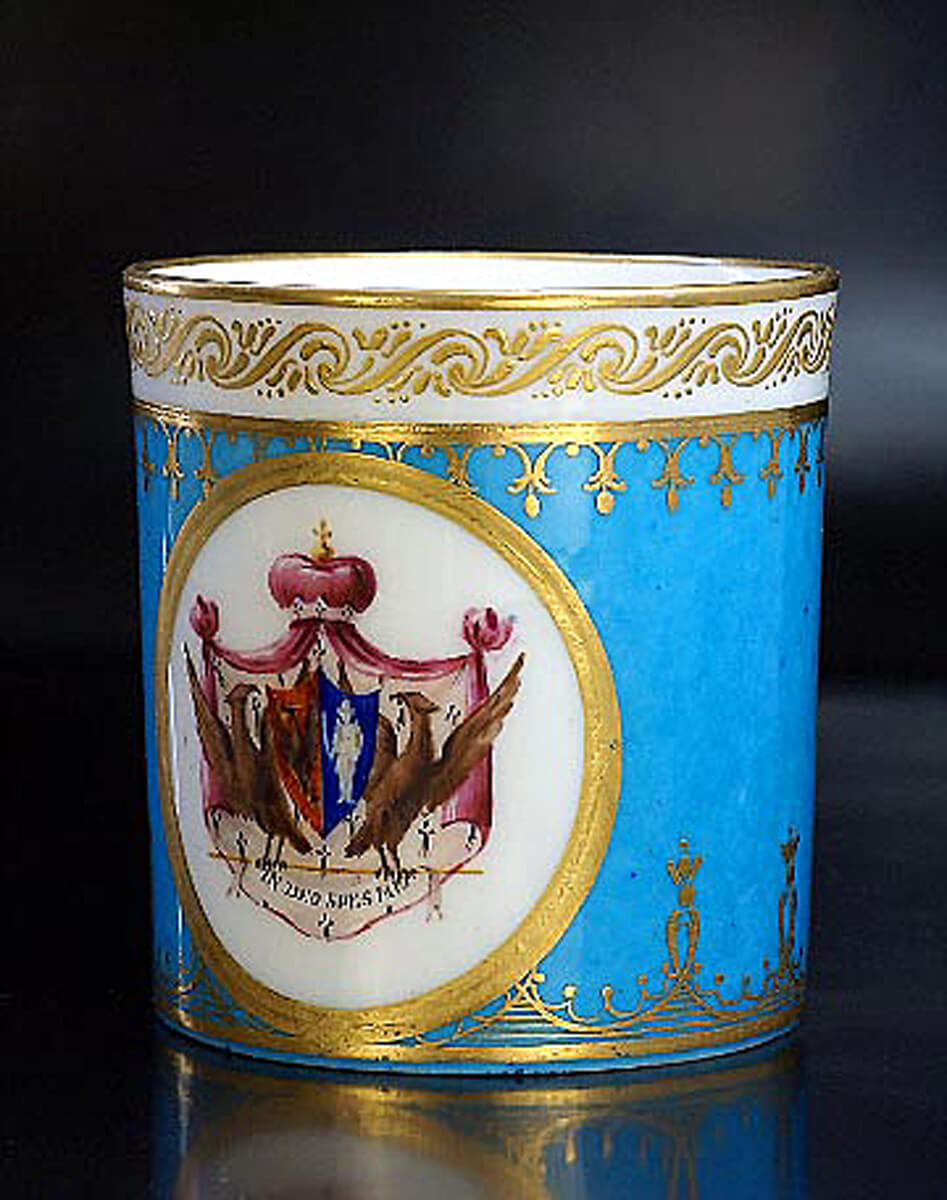 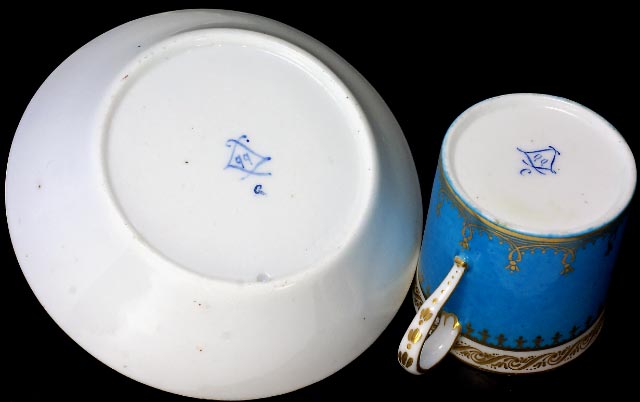 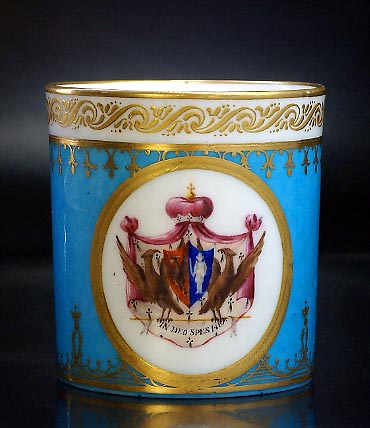 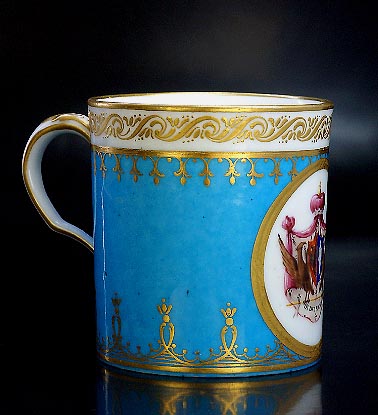 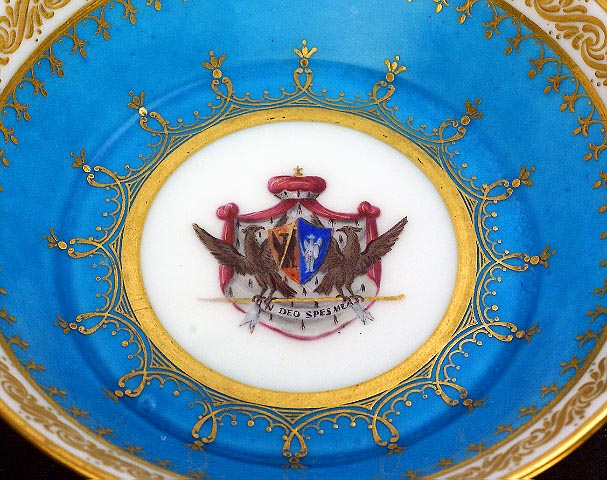 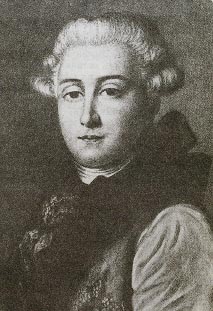 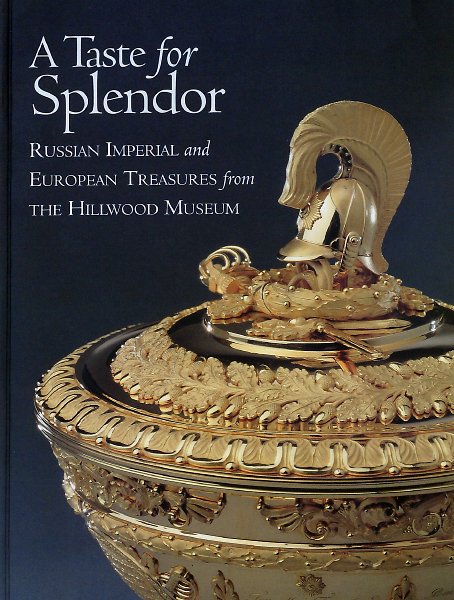 These are exceptionally rare and highly important antique Sevres armorial porcelain cup and saucer from the Prince Baratyansky Service.

The Sevres factory produced the service in 1793 and it was delivered to St. Petersburg in 1794.

At the height of the Reign of Terror, when the royal family was executed (21 January 1793) and aristocratic privileges had been abolished, it would have been unimaginable to create a service displaying aristocratic heraldic emblems.

Apparently, the Sevres factory desperately needed money and was willing to take such commissions from abroad.  The Baratyansky service was one of only two armorial services commissioned from the factory during the French Revolution.

One set, currently at the Hillwood museum (Washington, DC), is published in A Taste for Splendor Russian Imperial and European Treasures from the Hillwood Museum, 1998, page 168.

Prince Ivan Baratyansky (1740-1811), Adjutant General, Ambassador to Versailles, was a prominent politician and courtier. Louis XVI, in recognition of Baratyansky’s services, awarded the ambassador with his royal portrait set with diamonds. Baratyansky was considered a very handsome man. In Paris, many trade advertisements of the period featured his portrait with inscription “Au beau russe”.

It was also Prince Baratyansky who ordered the Cameo service from Sevres on behalf of the Empress Catherine II in 1776. The service became the most celebrated and expensive of all the services ever manufactured by Sevres.

Description of the armorial: two eagles are holding a shield with the arms of Grand Principalities of Kiev (angel with a sword) and Chernigov (eagle with a cross). Ermine mantel with Russian princely crown is in the background. The Latin motto of the armorial IN DEO SPES MEA translates as “My Hope is in God”. 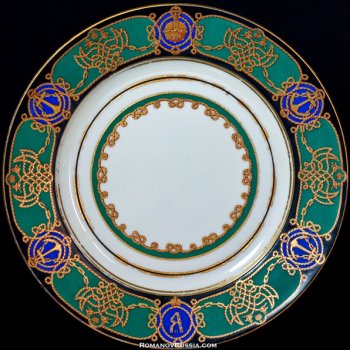 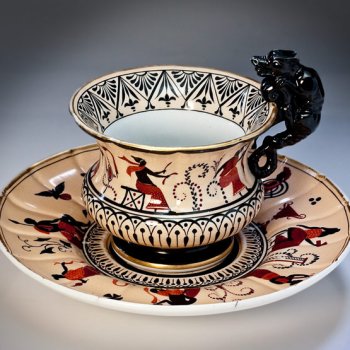