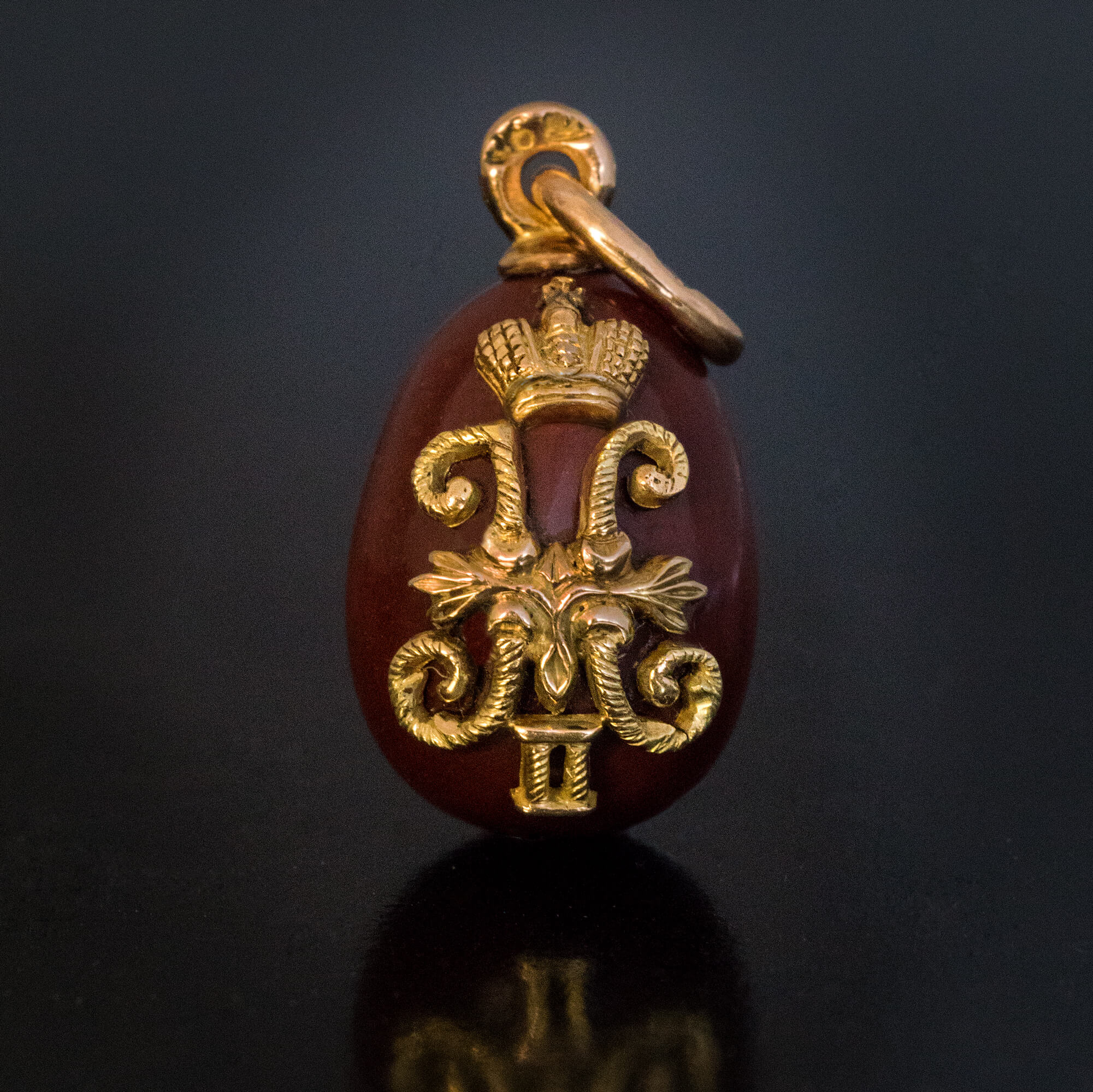 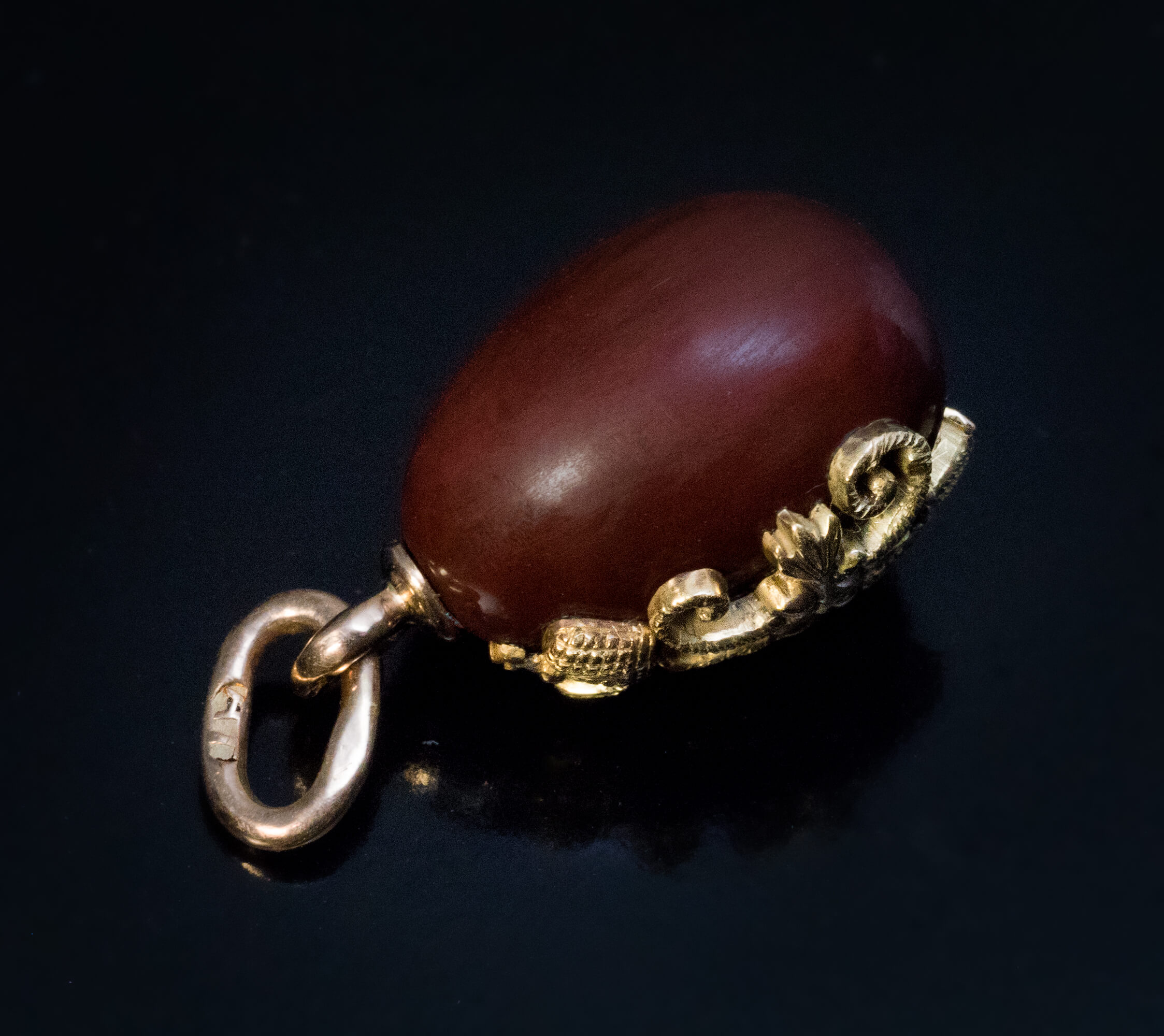 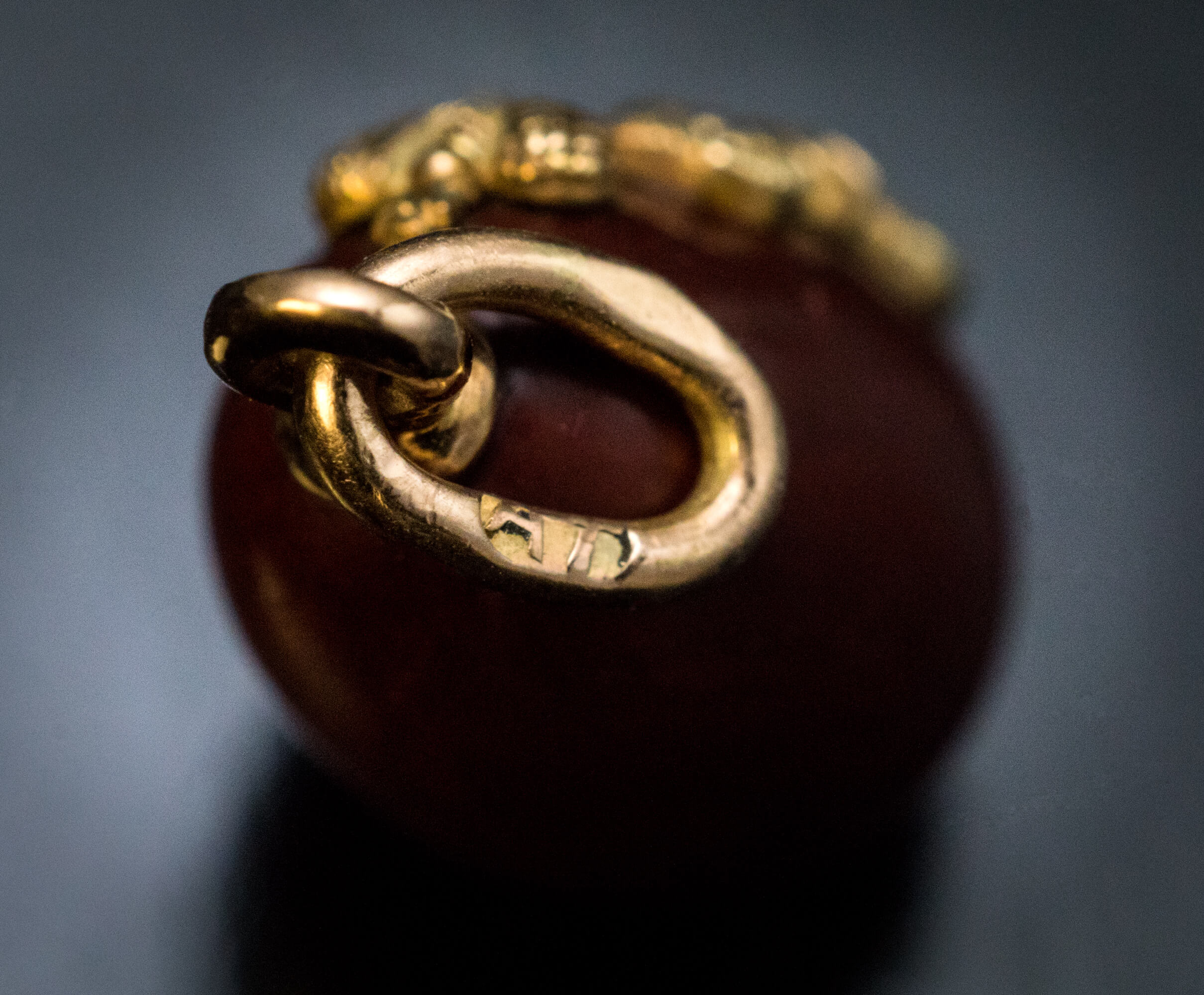 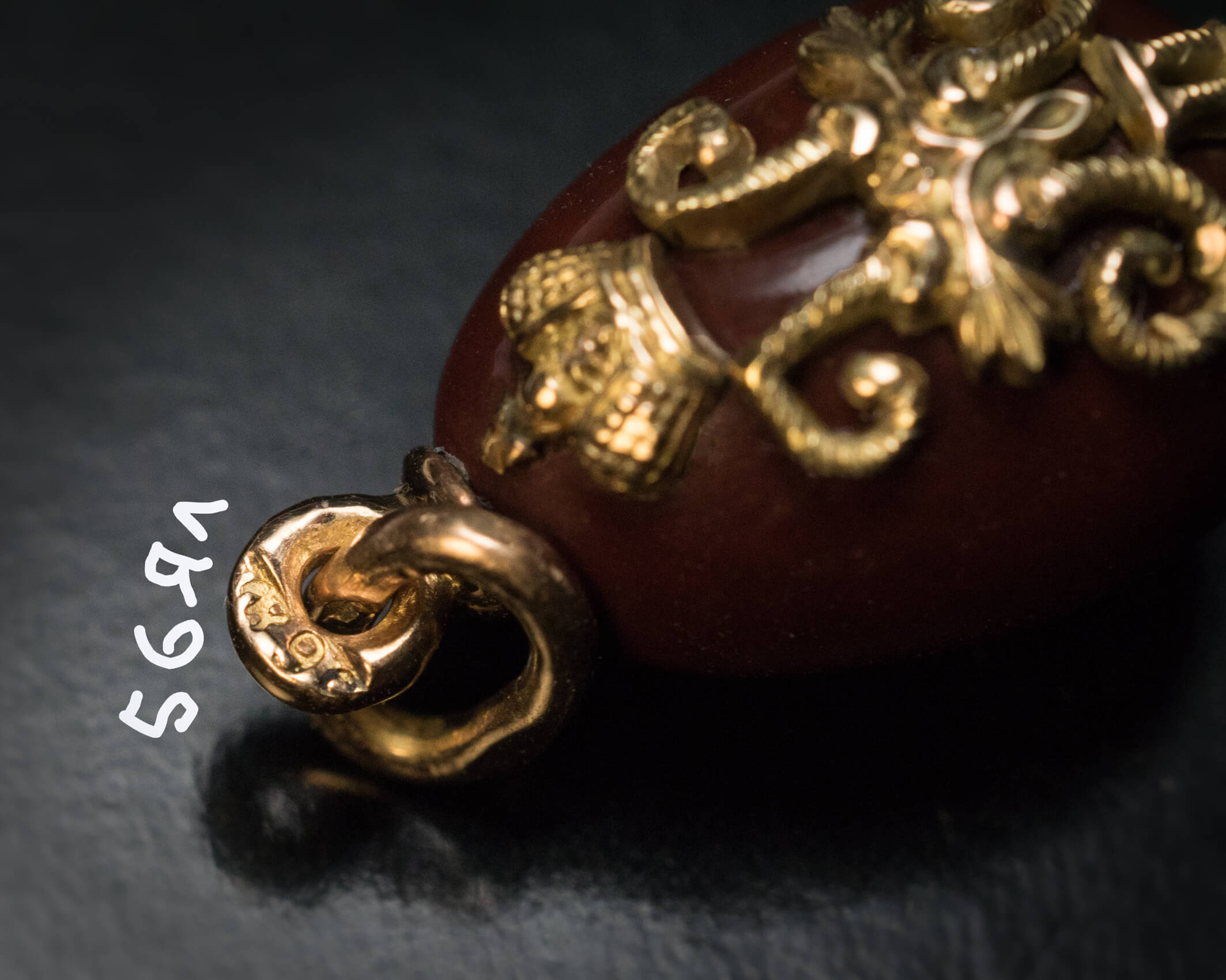 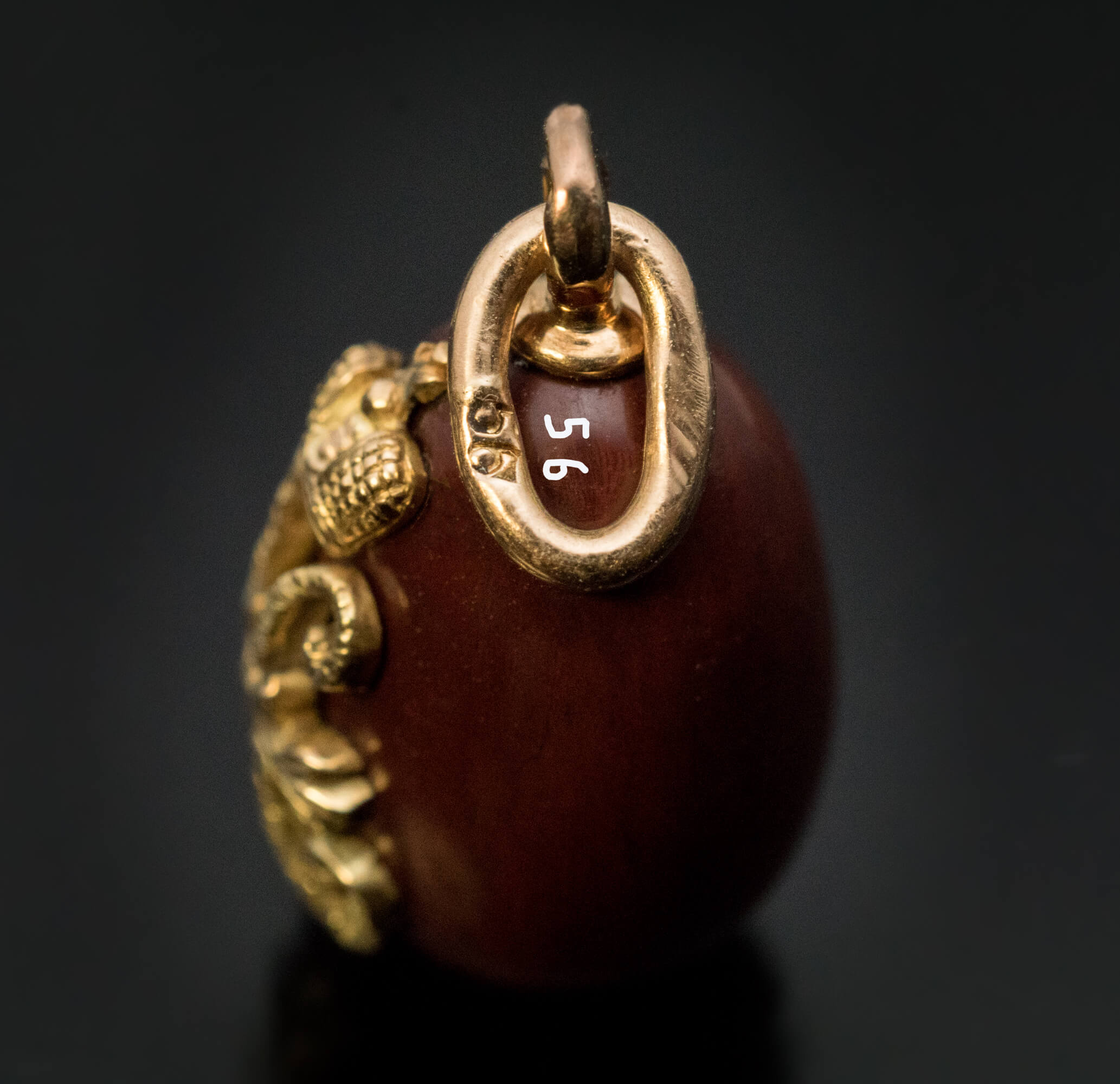 This extremely rare Imperial presentation miniature egg by Faberge was made in Saint Petersburg between 1899 and 1904.

The carved brown jasper egg is decorated with a finely modeled gold cipher of Tsar Nicholas II. The cipher is textured to resemble gold embroidered ciphers of the Tsar on shoulder boards of the Imperial Guards.

Eggs with Imperial ciphers were never sold to general public. Such eggs were commissioned by the Romanovs and were given as Easter gifts to members of the tsarist family and ladies in waiting. Almost certainly, this particular egg was personally given by Nicholas II. The egg is said to belonged to a lady in waiting of the Court.